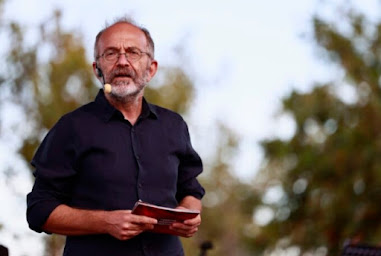 — Our Party held a Conference last August, making decisions by evaluating the developments in Turkey and the world. However, 5-6 months is quite a long time for Turkey. We wanted to convene another extraordinary conference to further develop and update our evaluations at that conference and to prepare the Party for a period that will be harsh and challenging. At the conference, we discussed the priority tasks of the Party. The Conference delegates unanimously approved a political report linking Turkey's recent past to the present and the main documents containing resolutions on some topics.

— Among your resolutions is the article “A Socialist Republic is our main goal and motto as we approach 2023”. What is a 'Socialist Republic'? Is it seen as a target to be achieved for 2023?

— For us, the goal of socialism can never be delayed. The only alternative to capitalism, which is a rotting social system today that is in deadlock, has no future, and is incapable of solving the simplest problems, is socialism. 2023 will be the 100th anniversary of the founding of the Turkish Republic. What is happening in our country is proof that values such as republicanism, secularism, and independence cannot be at peace with capitalism. A Socialist Republic may not be established in 2023, but our party will certainly succeed in putting it on the country's agenda as a realistic option. We will show that our people are not condemned to this irrational and immoral order.

— In your conference resolutions and reports, you also listed your criticisms of the left and the opposition. Your report states, "It is seen that an opposition or so-called leftism which is stuck in the parliament, in the field of popular culture and social media is not fruitful, and such politics even clearly serves for the preparation of the restoration of the capitalist order." Can you elaborate on this a little? What are your observations on the leftist movements in Turkey? How would a movement go beyond being “stuck in social media”?

— Working people in Turkey need politics based on organized struggle. Yet, today's politics that we talked about in the report encourages disorganization. TKP does not underestimate the role of the media, the parliament, or the field of popular culture. However, today, the people in Turkey cannot stand up without struggling against the determination of the primary references of the society in these fields. People should do politics by joining forces in their workplaces, neighborhoods, and schools. Otherwise, a style of politics based on some figures, so-called leaders, and “heroes” will be decisive, just as the capitalist class wants. TKP declares that the Party will not allow it to happen, emphasizing the need for organized struggle.

— Presidential elections will take place in 2023 if there is no early election. Among your party resolutions, there is an emphasis on "workers’ candidate." What are your nomination criteria?

— He/she will be a candidate who will not loosen or soften the three red lines of the Communist Party of Turkey but strengthen them. A candidate who will defend patriotism and secularism against imperialism and reaction, who will represent a struggle against the capitalist class, and who will say "we" rather than "I." Someone who shows that we will not surrender to the candidates of the capitalist parties and the impositions on this axis.

— You emphasized your dialogues with the Labour Party (EMEP) and the Left Party (Sol Parti) during the "alliance" talks, which were closely followed by the public. At what stage are your meetings and dialogues? Do you have a call to left and socialist organizations who are not part of the talks?

— Our party attaches great importance to the negotiations it is conducting with the EMEP and the Left Party. We have developed a friendly, sincere and open relationship. This will have a positive outcome in the long-term. However, our expectation, and so is that of the public opinion, is that the process between the three parties yields concrete results regarding some actual needs of today. In this sense, it is obvious that we have wasted some unnecessarily long amount of time. Of course, some things should not be rushed, but in a country like Turkey, we do not have the luxury of slowing down. In this sense, as a party, we will do our best to speed up the process. The three parties are very clear about one thing: We claim to expand both socially and politically in the light of the values we share. We are preparing for our efforts to turn into a concrete call. As TKP, we have contacts with some movements other than these two parties. We are trying to continue all this without interrupting our party's own work.

— In the announced conference text, the Party’s stance on CHP (Republican People’s Party) and HDP (People’s Democracy Party) was also mentioned. Regarding the CHP, there is the statement: “We will stand against the CHP administration, which wants to convince people the lie that Turkey’s society is right-wing, and we will try to eliminate the ‘CHP dependency’ among the working people and the intellectuals.” Could you elaborate more on this? For instance, do you have any conditions for making an alliance with CHP? 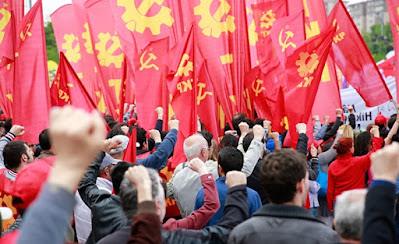 — Communist Party of Turkey will not enter into an alliance with any party of existing social-order. This includes the CHP. Despite many of our friends in the Republican People's Party, we openly say that the CHP is an obstacle in front of the revolutionary movement in Turkey. Without getting over this obstacle, it is not possible to topple down the system of exploitation and establish a worker’s power instead. In the fight against the mentality of AKP, the CHP is positioned between the people and the government, and the society is deceived by the lie that liberation is possible without getting organized and giving a struggle. We are a sincere and honest party. We think that it is a common mistake on the left to call the CHP "fascist" and then negotiate with the same party behind closed doors and enter into clandestine alliances.

— You say that you do not support the argument that "CHP, which is in opposition to the AKP, is more favourable". However, it is a debate that is widely accepted by the public. How are you going to do politics that will be “favoured by the people”?

— We do not equate AKP and CHP. We say that the CHP, which defends the thesis that this social order can be improved, is trying to convince the masses to an impossible recipe. The approach of “the better evil” results in the legitimization of the bad and the worsening of the good. Today, a large segment of the CHP has come to terms with the right-wing policies, more than that of in 2013, and has become more hopeless, helpless and unresilient. Who is responsible for this? Responsible for this are those who appeal as "first, let AKP go" and those who support this discourse, either explicitly or implicitly.

— One of the most frequently asked questions is, "Will HDP and TKP come together?" You said that "the place HDP wants to reach in Turkish politics does not fit into the definition of ‘left’” Can you elaborate on this a little more? So, how will you reach the HDP's followers with an alliance?

— Alliance is one thing, coming together is another. Communist Party of Turkey has and does come together with very large groups for a common struggle, for a joint protest, for solidarity, regarding current developments. The alliance, on the other hand, develops around a program and common principles. HDP is a unique party. It is trying to get a place in Turkish politics, it actually has a place, but the establishment cannot decide what to do with the HDP. Moreover, we are talking about a party that has a very rich internal structure. HDP takes a very different direction on three fundamental issues that are of great importance for us. This is not our claim. It's an objective fact. The HDP's approach to imperialism, reaction, and the current system of exploitation is obvious. In this sense, HDP is not an alliance element for us. But why should we have an attitude of “not coming together”?