12th Congress of the Communist Party of Bangladesh 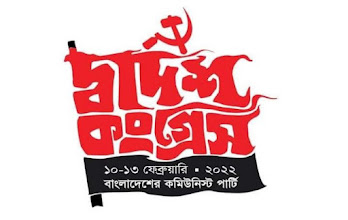 The Twelfth Congress of the Communist Party of Bangladesh (CPB) will take place on 25-26 February 2022, the Party's Central Committee has announced.

The Congress was due to held on 10-13 February but it was rescheduled due to Coronavirus pandemic.

CPB President Mujahidul Islam Selim and General Secretary Comrade Mohammad Shah Alam called upon all party members and workers to make the Twelfth Congress a success on the rescheduled date.

The CPB was founded in 1971, the year of Bangladesh independence. It is a member of the Left Democratic Alliance alongside seven other parties and participates in the International Meeting of Communist and Workers' Parties (IMCWP).