European Communist Initiative: On the establishment of the “European Army” and the dangerous imperialist plans 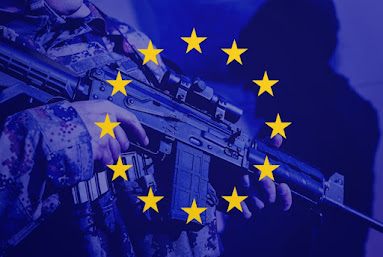 In a statement concerning the plans for the creation of a "European Army" and the dangerous sharpening of inter-imperialist competitions, the Secretariat of the Initiative of Communist and Workers' Parties stresses out the following:

We denounce the USA–NATO–EU imperialist plans that have been developed in the past period and lead to further sharpening of inter-imperialist competition, putting the peoples at great risk. The confrontation between the USA and China for world supremacy forms dangerous hotbeds in the Indo-Pacific and many other parts of the world.

The recent military cooperation agreement between the USA, the United Kingdom, and Australia (AUKUS) is a characteristic development. The expansion of NATO (NATO 2030 strategy) all over the world, the military exercises and the concentration of forces at the Russian borders, the support of the anti-popular regime in Ukraine and the possibility of Ukraine’s accession to NATO, the sharpening of confrontation at the borders of Poland and the Baltic states with Belarus, and the utilization of the refugee issue for competition, create a very dangerous situation that imposes people’s vigilance.

In the framework of NATO, the EU is taking part in giant military exercises such as the forthcoming Atlantic Resolve in 2022 with bases or armament programmes, while, in continuation of the Permanent Structured Cooperation (PESCO), it is promoting the enhancement of the European Army with the capacity of 5000 troops under the name Rapid Deployment Capacity. Based on the so-called “Strategic Compass”, i.e. the strategy that is being developed by the French Presidency, the EU seeks to reinforce its capacity to directly intervene all over the world, to claim a bigger share of the redistribution of markets, spheres of influence, energy resources and transport routes, in favour of the interests of the European monopolies, which intensify their penetration in third countries utilizing funds, NGOs, pretexts, and fake sensitivities such as “preventing immigration” and “protecting human rights”.