Communist Party of Pakistan: The country is in deep danger 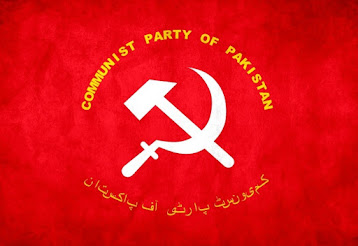 The Political Bureau of the Communist Party of Pakistan issued the following statement:

At the moment, the whole world is fighting Covid 19, but the Pakistani state is fighting its own organisation, the Tehreek-e-Lubaik Pakistan (TLP).

We have been demanding that the state change its statement.  The state sometimes bans the Communist Party, sometimes nationalist organisations and sometimes religious organisations and adopts a violent path.  But that doesn't fix the root cause.  The Pakistani state suffers from many contradictions.

The state is based on Islamic nationalism.  Religious organisations are organised based on the program of Islamic nationalism as the protector of the state, but they are made very powerful.  Democratic and national and class movements are severely crushed and this inequality  in state behaviour  is blunted by inciting religious extremism.  Religious forces are often used against these democratic forces.  Dollars are also earned by using them as proxies at home as well as abroad for imperialist interests.  When the imperialist goals are achieved or they start thinking and acting freely, the state bans these organisations and gives them a new name, a new direction.  This series continues to this day.

For the survival and peace of this country, the state has to change its statement.  Pakistan is a federation of different nations.  The present provinces have their own national identity.  Instead of changing the US or China ie Masters, the foundations of the Pakistani state will have to be laid on federal, secular, democratic and welfare bases.

Relations with India must be based on peaceful coexistence.  The country is in deep danger. This idea  will not change the situation until the business of state institutions and their retired officers  will  change the condition of the rich and the poor.   Otherwise, many TLPs, Lashkar-e-Taiba, Jamaat-ud-Dawa and Jaish-e-Muhammad will have to be formed and the process of starting a new game will have to end by banning them again on a call from the United States.

In countries, the Cold War is now over.  The world's priorities have changed.  The Saudi declaration says that we did Wahhabi jihad in the American interest.  Now that same Saudi Arabia has refused to provide funds to madrassas and clerics a change is obvious.

The state has the right to take action against the TLP, but banning it will not solve the problem.  The Communist Party demands that the curriculum of educational institutions be changed.  Until the curriculum is changed, not only madrassas but also schools, colleges and universities will generate minds that will challenge the state as well as hold society hostage.