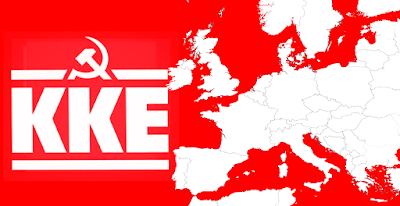 Greece’s Ministry of the Interior has published the official results of Sunday’s European Elections for the Greek citizens who were abroad on the day of the election and who voted for Greek candidates instead of the local ones in the EU country of their residency.

According to the official results, the Communist Party of Greece (KKE) received 14.09% of the votes, emerging in the 3rd place behind the ruling social democratic SYRIZA party and the conservative opposition of New Democracy (ND).

A total of 11,792 individuals actually cast ballots in the election, out of a total of 14,892 Greek citizens living abroad who registered to vote in Greece’s embassies and consulates across the EU.

In a statement regarding the above results, the Press Office of the CC of the KKE "welcomes the Greeks who voted abroad and who highlighted the KKE as the third force with a 14.09% with a narrow margin from the second party".

"We salute the young people, scientists and other workers who in the times of crisis were forced to leave the country in order to work abroad under difficult circumstances. The students who continue their studies abroad. But also the immigrants and political refugees of previous decaides, with whom the KKE maintains indissoluble links", writes the Party's statement.

The KKE also stresses among other things: "The Greeks who live, work and study abroad can see that the current anti-people way of development, which forced them to live out of Greece, does not differ from the situation they experience in other countries, as far as there is a unified attack".

The official results are: