"Young people have their own voice. It is the Communist Party of Greece" - D. Koutsoumbas 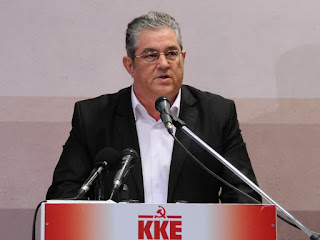 On 3 April 2019, the General Secretary of the CC of the Communist Party of Greece (KKE), Dimitris Koutsoumbas, visited the School of Philosophy of the University of Athens and spoke to the students, in the run up to the triple electoral battle of the local, regional and European elections which will be held on 26 May 2019.

In his speech, amongst other things, he stressed: "From here, the building of the School of Philosophy, we send a powerful message: Young people have their own strength, their own voice. It is the Communist Party of Greece".

And he added: "Because against the current, against the lowered level of demands, it struggles for the satisfaction of the contemporary needs of the youth. Because the activity of the KKE smashes the graveyard silence that the forces of the system want to impose, not only in the universities, but in the workplaces, people's neighbourhoods, schools. Because the KKE is consistent in words and deeds, which it confirms everyday with its specific activity and positions. It is consistently at the side of the oppressed, all the workers. Against the few that grow rich by "milking" the brains and the income of the many. Against the government of SYRIZA, which baptizes its anti-people political line as progressive. Against New Demoracy and the other parties of the system, which promising even more anti-people measures, are trying to regain the baton that SYRIZA today possesses (...)

The KKE has always struggled against the European Union, which is the common home of the European monopolies, but is a prison for the peoples of Europe. And this truth can now be recognized by even more young people, expressing their opposition to the EU, by saying a powerful YES to the KKE in every ballot. Because for the KKE, education is neither an opportunity nor a qualification nor a general and vague priority. It is above all a right and it is high time that it should be enjoyed by all young people without any financial barriers (...)

The revolutionary-communist ideology answers the contemporary needs of the ideological struggle inside the universities. In the struggle against the ideas of the rotten system that tries to identify the values of the youth with the values of the exploiters .(...) Then, no government on the terrain of capitalism and the EU, whatever it says, whoever it honours with its words and whatever the background of its members, can manage the system of exploitation and its written and unwritten iron laws in a pro-people way.(...) 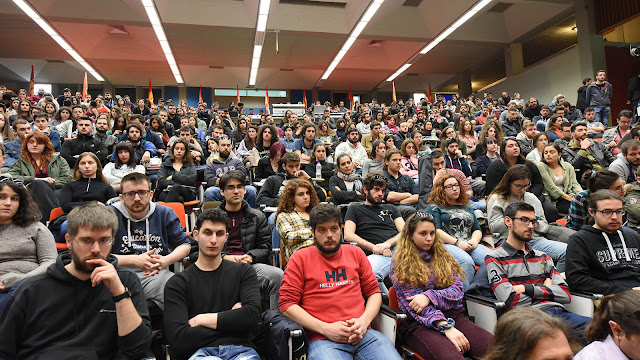 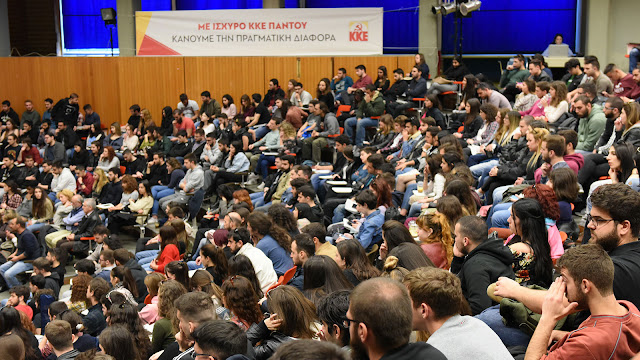 Addressing an appeal to the youth to play a leading role in supporting the KKE in the local, regional elections and European elections, the GS of the CC of the KKE noted: "We have the positions, the theory, the experience in order to be able to bring to fruition what the youth need. To live in a world equal to the dreams of the people. Peaceful, without exploitation, poverty and wars. We address you, as always, with honesty and trust. Come and struggle together with us, to open up this road today. Building the alliance of the social forces, in the labour and more widely the people's movement, in the student movement. Against the current rotten system and the power of the few. For their final overthrow. The many ballot boxes in front of us must be transformed into many opportunities to impede the anti-people plans.

We must ruin their plans to implement the anti-people policies. There are many opportunities to persuade even more people to support the KKE, to say a big NO to the EU and big YES to their rights. It is an opportunity to elect more communist mayors, even more militants to the municipal and regional councils, who will struggle to impede the political line of the government and European Union. And we want you with us in this struggle.»