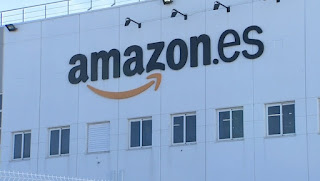 PAME expresses its solidarity with the workers of the multinational AMAZON who are fighting for the signing for a Collective Agreement with better wages in Spain and Germany.
The workers of Amazon, one of the world's largest e-commerce multinationals, are in strike claiming a Collective Agreement with substantial increases in their wages. Amazon's employers have responded to workers' claims by using strike breaking mechanisms and by arresting workers in the picket lines.
PAME denounces the attacks to intimidate the workers with arrests and strike-breaking mechanisms and expresses the solidarity of the class movement of Greece to AMAZON's workers.
IN DEFENSE OF COMMUNISM ©