Uruguay: Political Resolution by the CC of the Communist Party (PCU) 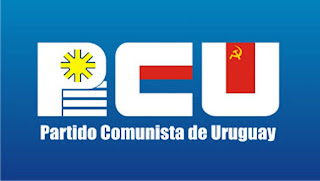 In its session held on June 16 and 17, the Central Committee of the PCU unanimously approved the following Political Resolution.
1. Uruguay, and the transforming process of our country in which we are fighting, lives today one of the most complex moments of the last 15 years. This is because of the structural and organic crisis of the capitalism, that in its development, in addition to the serious social and human, implies a serious danger to peace and to life itself.
For the political, and militar and ideological counteroffensive of imperialism and oligarchies in the world, with special emphasis on our continent, and also in our country, which seeks to recover the spaces of political power that lost and consolidate the economic and media, which they always had and still maintain.