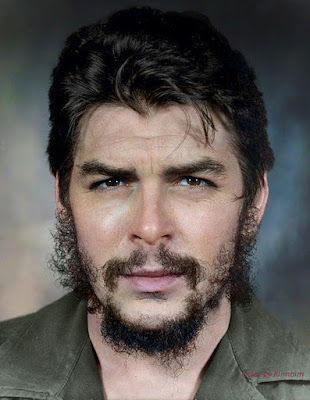 For a long time he observed, and also suffered, the Latin American reality. His travels in the region helped him to know which side he was on, and to which purposes he should dedicate his political thought. He saw the fall of President Jacobo Arbenz’s Guatemala (1951-1954), overthrown by a coup d’état orchestrated and financed by the Central Intelligence Agency (CIA). He took an interest in the revolution in Paraguay and visited Bolivia, among other countries in the area. In Mexico he met Cuban revolutionaries. He traveled on the Granma yacht and landed on the island. He fought in the Sierra Maestra and became a Comandante. He was already known as Che by that time, and also as a revolutionary leader, with terribly strict discipline, those who were there assure us.
His mother was notified of his death on three occasions. “Three times we received the refutation and some reassuring lines. We aged in those two years. Every time I was relieved knowing that he was still alive, I became desperate again, remembering that the news was slow to arrive.”
But the guerrilla lived many more years, at least enough to become Minister of Industries, the advocate of voluntary work in Cuba, an expert in economics, a father, a politician and, above all, a transformer of the global left.
He defended everything he believed to be just, and was able to guide those who saw him as a leader. He went to the Congo because that war of national liberation was also his. His experiences served him in the revolutionary struggle in Bolivia and even so, it may not have been enough to him to have done everything he did, having decided to dedicate his life to others.
Today, 90 years after his birth, Ernesto Che Guevara is not simply a symbol of the twentieth century. He is the writer who left anecdotes of his travels and experiences in Latin America and the world. He is the economist, the politician, the Marxist, the son, the father, and friend. He is the man who is remembered for his ideas, his convictions, and his internationalism.
The man to whom his followers have dedicated countless songs and poems. He is the paradigm that embodies selflessness, because, as Eduardo Galeano said: “He never kept anything for himself, nor ever asked for anything. Living is giving oneself, he thought; and he gave himself.” 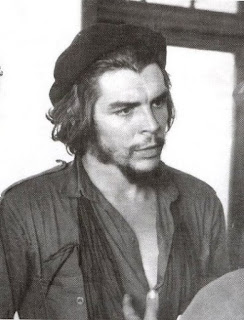 The Cuban Institute of Friendship with the Peoples (ICAP) hosted on Wednesday a tribute to commander Ernesto “Che” Guevara, on the occasion of his 90th birthday.  He was born in Rosario, Argentina, on June 14th, 1928.
Che´s role in the revolutionary war for the definitive independence of Cuba and his presence in Bolivia for the liberation of the oppressed people were highlighted during the event.
Speaking at the ceremony, Fernando González, Hero of the Republic of Cuba and president of the Cuban Friendship Institute recalled the Heroic Guerrilla´s thought, action, and personal dedication to Cuba´s socio economic development.
The tribute was a fitting occasion for the recollection of anecdotes related to the life and legacy of the outstanding revolutionary.
Among those who contributed anecdotes were the ambassadors of the Democratic Republic of the Congo Vincent Mutomb, Bolivia´s Juan Ramón Quintana, Trinidad and Tobago´s Lancelot Cowie, in addition to Cuban intellectual Ricardo Alarcón.
Meanwhile, preparations are underway in Santa Clara for the official celebrations, next June 14. The remains of Commander Guevara and 29 of his fellow combatants are housed in a memorial located in this city of Central Cuba.
In Villa Clara, residents of the central province paid tribute to Cuban independence hero Antonio Maceo and Argentinean-Cuban legendary guerrilla commander Ernesto Guevara de la Serna 'Che' --two of the most-loved figures in Cuban history- on occasion of their birthday anniversary on June 14th.
Commemorative activities began in the early morning hours on Tuesday at the monument dedicated to Antonio Maceo, also called the Bronze Titan, who was a general of the Cuban mambi army in the 19th century war of independence against Spanish colonialism.
Activities continued at the sculpture complex that where the mortal remains of Che and those of his comrades-in-arms are kept. It included the opening of the exhibit 'Che among US, Influence and Legacy', comprising photos, images and documents from Che's presence in Uruguay.
Source: Radio Havana Cuba.