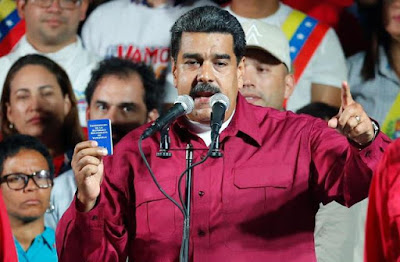 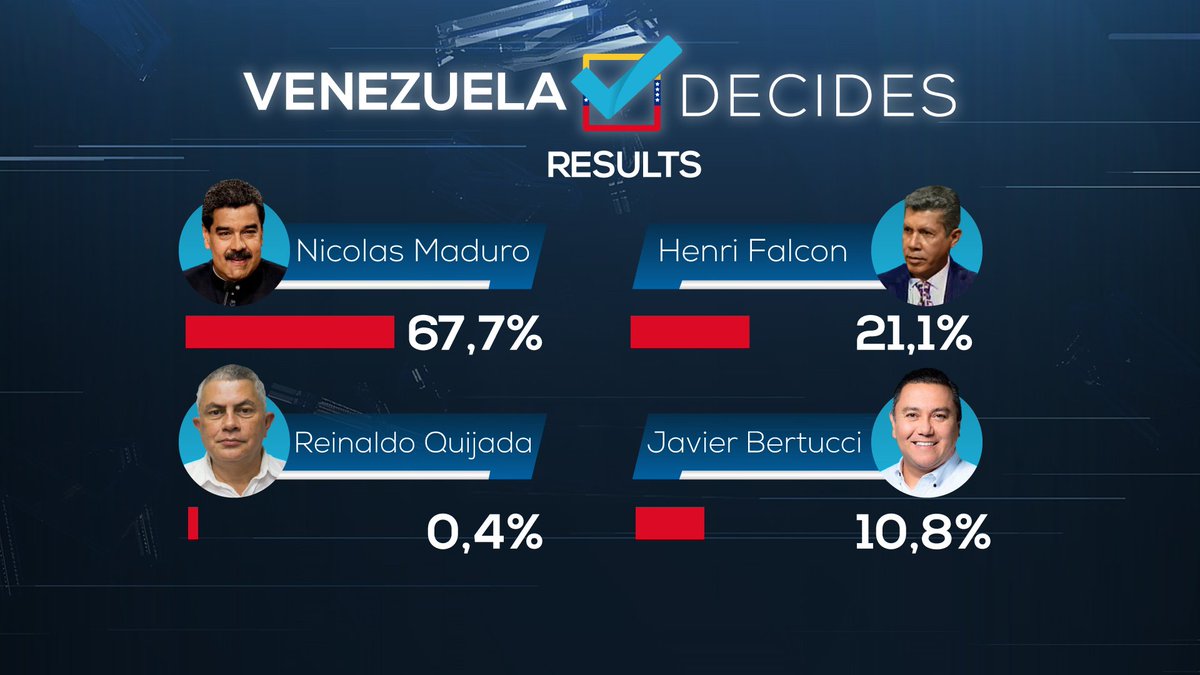 "I want to congratulate the revolutionary youth in Venezuela and all social movements in Venezuela for this victory," Maduro said. "I look to the future, and I propose to all the leaders of the opposition to meet and talk about Venezuela. Democratically, let's resolve Venezuela's problems."
Maduro’s main electoral opposition was Henri Falcon, who had promised to convert Venezuela’s currency to the U.S.-dollar.
In the hour before the results were announced, Falcon said that he wasn't going to recognize the results, that they were "illegitimate." He blamed abstentionist sectors of the opposition for his loss, and called for new elections to be called for October.
“The Bolivarian and Chavista community has demonstrated once again it's determination in defending the legacy of Chavez, who you represent worthily,” President Miguel Diaz-Canel Bermudez said in a letter addressed to Maduro.
Diaz-Canel added that the Cuban Government will be supportive and offer solidarity regarding any new challenges faced by Maduro's Government in the new six-year presidential term.
Former President and Cuban Communist Party chief Raul Castro Ruz also congratulated Maduro on victory in the Venezuelan presidential elections.
Source: Telesur.