On the occasion of the recent mass protests in Iran, the Central Committee of the Tudeh Party (حزب تودۀ ایران‎) issued the following statement:


The politico-economic crisis of the bankrupt theocratic regime of Iran is growing and deepening daily. The impact of this crisis can be observed in the internal regime conflicts and the unprecedented revelations of infighting between powerful factions - revealing the depth of corruption and oppression that prevails in the so-called “exemplary system of the world”.
The spiralling poverty, deprivation, high prices and chronic unemployment - which have ruined the lives of a large portion of the population and in particular the youth, - the extensive and disastrous destruction of the environment, due to the catastrophic policies of the ruling power, and the complete economic bankruptcy of the regime as well as escalation of external pressures on the regime, have altogether created a very critical and explosive situation in our society. The heads of the regime who are living a luxury life with an unprecedented fortune that they have amassed over the last forty years by plundering the national resources and wealth of the nation, ask the people to be patient and tolerate the hardship in order to “guard the Islamic regime” - a regime that has brought nothing to our nation except destruction and cultural, political and economic regress. The current rulers have shown in practice that their only goal and desire is to save the current despotic regime and the absolute rule of the dark-minded clergy over our nation at the cost of any crime and any tragedy. 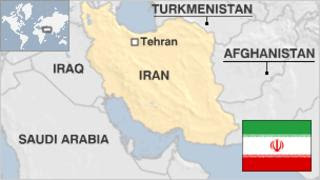 Recent weeks have witnessed the escalation of discontent and unprecedented protest gatherings of the people in numerous cities, as well as broad and extensive labour protests against high prices, oppression and the injustices perpetrated by governing bodies, from the government and parliament (Majlis) to the Judiciary and the Islamic Guards Corps and the Supreme Religious Leadership all of which protect the interests of the grand capitalists. The escalation in the discontent of the people regarding the existing situation and, more importantly, the readiness and willingness of the enraged and frustrated masses to take on the suppressive apparatus of the regime is an indication of the significant developments in the level of preparedness of the masses in opposing - and waging an open fight against - the rule of the Islamic Republic of Iran. Contrary to the claims of some leaders of the pro-regime reformists that such protests are “conspiracies”, we deeply believe that the majority of the people of our nation are disappointed and frustrated with the slogans of those whose only objectives are to make some cosmetic and minor adjustments to the current regime, and are now demanding fundamental changes in the governance of the country. Today only those who would like to somehow preserve the current disastrous situation fear the escalation and growth of the people’s struggle. The experience of the last two decades and several presidential, parliamentary, and city council elections that were held, and manipulated under the control and direction of the Supreme Leader, has proved that the people are rapidly moving away from the strategy of making a choice between bad and worse, and are no longer willing to submit to the manipulation of their demands by the regime and the pro-regime reformists who by and large play the role of that nation’s power brokers these days. The majority of the people of the homreland today want to put an end to the despotic theocratic regime; to end the oppression and injustice; and bring about the establishment of freedom and social justice. These demands can only be achieved through a joint struggle of all the national and freedom-loving forces without foreign intervention.
Dear compatriots,
At the same time, it should be noted that under the critical conditions of the current dangerous regional tensions, the regional reaction - supported by the Trump administration in the US and the right-wing government of Netanyahu in Israel - is seeking to distinctly impact the developments in our country and to replace the current reactionary regime with another reactionary regime. The support of these forcesi.e. the regional reaction, Trump administration, and the right-wing government of Netanyahu, for the Iranian monarchists and those political groups whose agenda is to cooperate with the most reactionary regimes of the region and to persuade the European states to impose sanctions on Iran’s economy - thereby exacerbating the misery for the destitute and disadvantaged people of our country - and to encourage foreign states to interfere militarily in Iran, leaves no room whatsoever for any optimism regarding the future designs of such “opposition”. The progressive and freedom-loving forces of Iran must increase their presence in the protest movement of the masses - more than ever before - providing proper people-oriented slogans, offering sensible guidance and relying on the legitimate demands of the masses for abolishing the existing suppressive regime and ending the economic deprivation, oppression, injustice and plundering of the natural and human resources of the nation, while avoiding reactionary and divisive slogans. We should not let the past repeat itself whereby the heroic struggle of the nation for freedom, democracy and social justice is hijacked by a bunch of reactionary opportunists who do not believe in the people’s rights or democratic freedoms.
Dear compatriots, 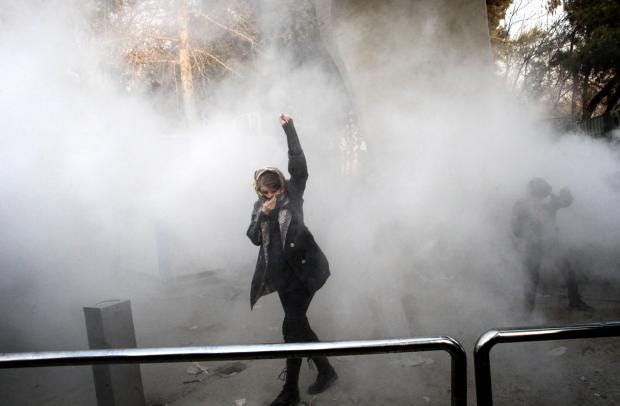 The way to save the country is through a joint and organised mobilisation of all the national, anti-dictatorship and freedom-loving forces to abolish the despotic and anti-people theocratic regime of the Supreme Leadership. Our party has been of the resolute belief that the ruling political regime in Iran - a regime that is based on the rule of one individual as the “representative of God on Earth” who is above and beyond all the laws and executive governing institutions, the legislative, the judiciary and the police and military apparatus - is a regime beyond reform and a people-based democratic regime cannot be created through any reworking of the current system. The solution is to wage a joint and organised struggle of all social layers - from the workers and all working people to the militant youth, student, women and progressive and freedom-loving intellectuals - around popular slogans against the rule of tyranny. The experience of our contemporary history has demonstrated that the peoples of Iran have the ability to convey their voice to the ears of the ruling reaction. Once again, we call upon all the national, progressive and freedom-loving forces of the nation to put aside their theoretical-historic disagreements and mobilise together, alongside the people’s movement to effectively help the struggle – the goal of which is to reject the tyranny and to establish the rule of the people and freedom, peace, sovereignty and social justice.
The Central Committee of the Tudeh Party of Iran
29 December 2017.