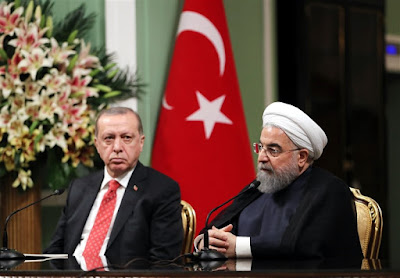 We've entered the New Year. It was a New Year's on which the political power terrorised the country saying "don't enter the New Year; enter your home", some caricatural characters kept watch on the roofs to beat up Father Christmas, the minimum wage that is kept at a certain level dooming the people to poverty was praised to the skies, and it was announced that a little more "poison" was to be added into ethyl alcohol to prevent alcohol production at home.


They can't fully ban alcohol; they're financing the Religious Affairs and the [presidential] palace with the taxes collected on alcohol. And around a same amount of money is left over. They can erect a second palace and recruit 120 thousand more personnel for the Religious Affairs. You see, drunkards are drinking and lamps of the Palace are shining. It is surprising that they devised so late to add poison into ethyl alcohol sold in the supermarkets in order to save the 10 billion Turkish liras [2.65 billion U.S. dollars] of the alcohol tax. They will soon have solved the increasingly spreading homemade wine and beer.

A busy New Year's... [Turkish President] Erdoğan said in the meantime that "very important things will happen". So, they have expectations from 2018; we compromise on this. "Very important things to happen" is everyone's wish but the distinction is between the good and the bad. Something, some certain things should happen in Turkey and the world and this year should pass into history with the note that "big things happened".

Now, we can say that, important things are happening in a country where liquor production at home is very widespread: Iran.

Iran is already an important country: with its history, culture, social struggles... It has been nearly 40 years since the mullahs taking the advantage of the public anger against the Shah's regime swooped on this important country.

The Shah's regime was pro-American, prospering the capitalist class, oppressive to the utmost, and not actually secular; but it was flirting with the bourgeois modernism.

The mullahs showed the U.S. the door; this time, the exploitation system happened to keep up not with the help of the CIA but through religious oppression. The capitalists continued to prosper; the workers to remain poor.

It’s not possible from outside to give an answer to the question that which regime was crueller; there are Iranian revolutionaries, the communist who experienced both and if you ask them, they say "there is no lesser of two evils, no choice".

That’s the point; the humanity should now abandon the mania of finding the lesser evil.

First thing wanted from us: If you stand with freedom and democracy, you should embrace the values of the U.S. and the European Union or you will fall into the hands of dictators!

Second thing wanted from us: If you stand with independence, you should ignore and stomach dictators whatsoever; also forget about the exploitation – long live the homeland!

Then, how will this complication be resolved?

By examining the essence of the matter. The existence of the humanity can't and shouldn't be wasted with exploitation and oppression for the sake of an awry independence or sovereignty, or with bowing to the imperialist status quo in the cause of false freedom. The essence of the matter is in the exploitation system. In both Iran and the U.S, the same class calls the shots, and that class exploits the same class in both Iran and the U.S.

Looking at the big picture is what will keep us safe from the crimes of following despots and tyrants for the sake of independence and taking part in imperialist projects in the cause of democracy. Both Iran's way out and Turkey's future is the large masses of people realising this truth and taking the reins.

The Salazar dictatorship in Portugal was cruel against the working class but his relations with the Western countries was a bit at outs; he preferred a self-enclosed economy in the economic policy for a period, so much so that even Coca-Cola was banned in the country. Coca-Cola is a symbol that must be thrown out, but not in order for dictators to do cheap populism. The best option is to put both dictators and monopolists inside a Coca-Cola bottle and get rid of them.

Iran entered the New Year on the streets as they locked Turkey in homes. Both countries, however, were exposed to the same dilemma.

Nothing doing! The alternative to the mullahs and imams doesn't have to be the Yankee; we see how they come side by side when it suits their book. More than half of Iran's wealth is in the power of about three hundred rich. The richest 1% in the U.S. lays hold of 40% of country resources.

One is "independent" whilst the other is "democrat"; the one here is an imam, a sultan, a merchant, and the aggrieved all at once; however, the worker is oppressed and poor here, there, and anywhere!