KKE expresses solidarity with the Communist Party of Turkey, denounces the conviction of Kemal Okuyan The International Relations Section of the Central Committee of the Communist Party of Greece has issued a solidarity message to the Communist Party of Turkey (TKP) regarding the provocative conviction of TKP's General Secretary Kemal Okuyan.
The KKE condemns and denounces the unacceptable conviction of the General Secretary of the CP Turkey, Kemal Okuyan, by the Turkish courts to 11 months and 20 days in prison with the pretext that in an article of his "he insulted the President of Turkey, Erdogan."
This a provocative decision that aims to impede the activity of the communists who are playing a leading role in the struggle against the anti-worker political line and enormous repression which has been unleashed by the Turkish government, as well as against the barbarity of the capitalist system itself. The aim of cde Kemal Okuyan's conviction is to terrorize the Turkish people so that they do not organize their struggles against the anti-people political line, against the aggression of capital. The provocative decision of the court (which in the end transformed the sentence into a fine) is added to the long list of other reactionary judicial decisions in Turkey.

We express our full solidarity with our comrades of the CP of Turkey, with the struggle of the Turkish people who have the strength to decisively answer the attempt to terrorize them, the repression that goes hand in hand with class exploitation and the system which cannot be corrected, only overthrown. 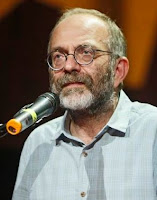 The General Secretary of the Communist Party of Turkey (TKP) and soL columnist Kemal Okuyan, is sentenced to imprisonment for 11 months and 20 days on the pretext of "insulting President Recep Tayyip Erdogan".

A local criminal court in Istanbul has decided on Jan. 18 to impose imprisonment for 14 months on Okuyan decreasing the punishment to 11 months and 20 days due to "mitigating circumstances" for having written a column that allegedly defamed Erdogan.

The court has converted the prison sentence into a fine, adding that Okuyan would be imprisoned if the fine were not paid. Many people and politicians have faced such sentences in recent years in Turkey.

The court alleges that Okuyan insulted Erdogan through a column dated July 28, 2015. "Did the country surrender to a maniac?" was the title of the column by Okuyan.  (soL international)