With numerous events, rallies and parades, thousands of people of every age celebrated the 100 years since the Great October Socialist Revolution in Russia and other countries of the former USSR. The celebrations took place despite the deliberate effort from the side of the Russian government to "distract" public opinion from the great anniversary.


In Moscow, the demonstrators marched through the Pushkin Square to the Revolution Square waving the flags of the Lenin Komsomol, portraits of Lenin and Stalin, as well as chanting communist slogans. Then a rally was held in front of Statue of Karl Marx in the Revolution square. Many representatives of communist parties and left-wing political forces participated in the events.

Among the participants were representatives from the Communist Party of Greece (KKE), members and friends of the National Union of Fighters of National Resistance - Democratic Army of Greece (PEAEA-DSE), as well as the Secretary General of the World Peace Council, also member of the CC of the KKE, Thanasis Pafilis.
From Cuba, on behalf of the Cuban Communist Party and President Raul Castro, the member of the PCC Central Committee Secretariat, Jose Ramon Balaguer, laid a floral wreath on behalf of the Cuban people to commemorate the Great October Socialist Revolution. The head of the International Relations Department of the PCC paid tribute to the revolution at Lenin’s Mausoleum and the Tomb of the Unknown Soldier in Moscow. Balaguer, during his address, stressed that the revolution must be kept in memory as a reference point for the desired world design.

As we noted in the beginning, the Russian government avoided to organise any event in honor of the 1917 October Revolution, apart from a parade dedicated to the 76 years since the 1941 Red Army parade before leaving to the front against the Nazis. The "silence" from the side of the Kremlin over this extremely significant anniversary of a revolution which changed the route of History confirms the reactionary and anticommunist orientation of Vladimir Putin's government. 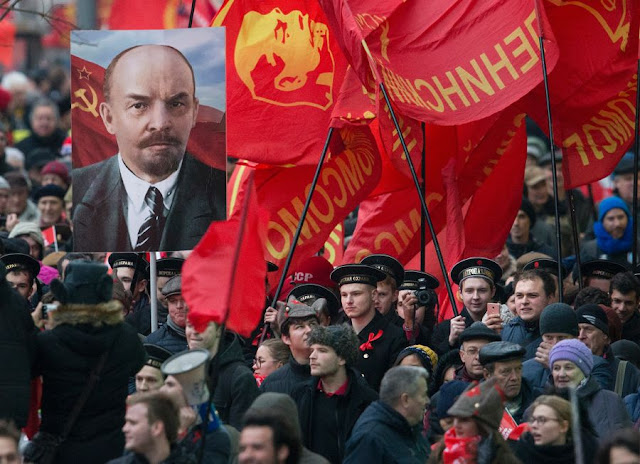 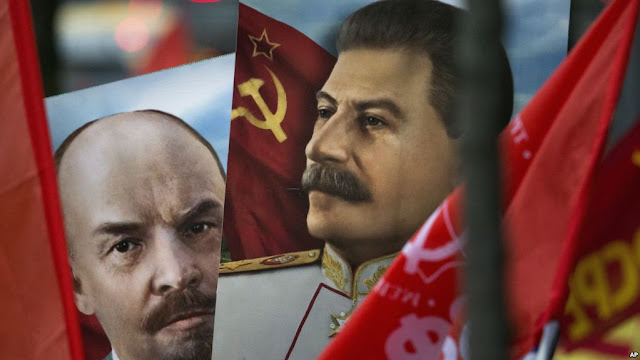 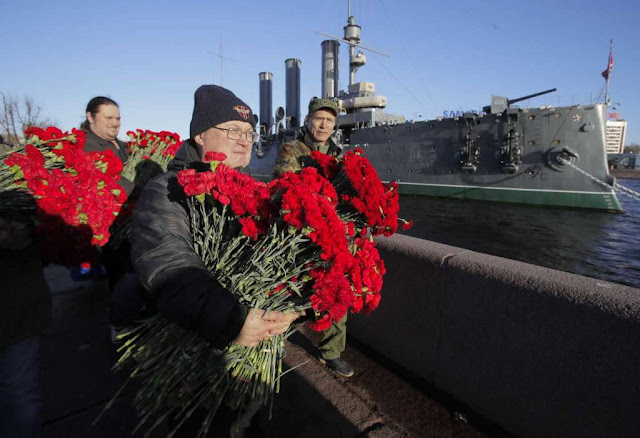