Capitalism Doomed: Most young people in the USA prefer Socialism or Communism over Capitalism 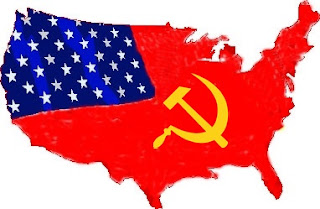 According to a poll, carried out by the international polling firm YouGov between September-October 2017, 51% of the Americans between the ages of 21 and 29, defined in the report as "millennials", would prefer to live in a socialist or communist country over a capitalist one.

The majority of young people- 56%- also said that they wouldn't be offended if someone accused them of being a communist. A similar percentage (53%) of the same age group reported that they feel that the US economic system is working against them.

The above results are included in the second annual report on American's attitudes towards socialism, released by the anti-communist bourgeois Foundation "Victims of Communism Memorial" which, most probably, has regreted the idea of conducting the research.

100 years since the Great October Socialist Revolution and 27 years since the counterrevolutions in the USSR and Eastern Europe, Socialism is more timely than ever. The rotten capitalist system - a system that perpetuates poverty, unemployment, social injustice and wars - is outdated by History herself. The majority of young people, in the United States and elsewhere, begin to understand that their future is doomed within the exploitative system.

The results of the poll are certainly encouraging but they also point out the need to strengthen even more the struggle against capitalism.