Demonstration of PAME in Athens: Workers send message of resistance to Tsipras' government 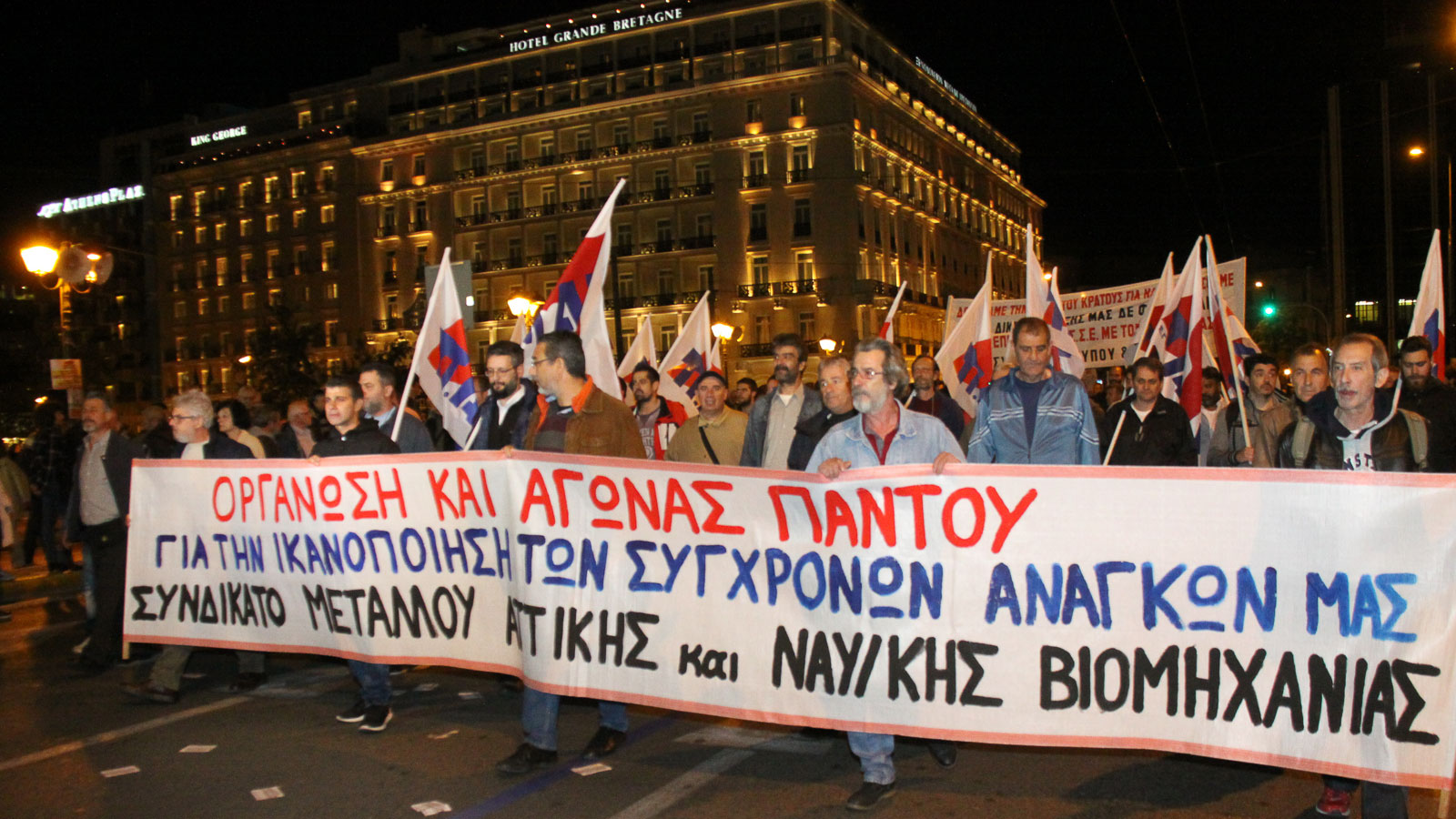 With a large demonstration in central Athens, thousands of working class people send a message of resistance and counterattack against the new measures prepared by the SYRIZA-ANEL government, the quartet and the capital.

The demonstrators, who corresponded to the initiative of the All-Workers Militant Front (PAME), gathered at Syntagma Square thus sending an organised and militant message to the antipeople triangle of government-EU-employers.


The rally of PAME was also attended by the Secretary General of the CC of the KKE Dimitris Koutsoumbas who made the following statement to the media:

"The economic crisis and capitalist development have as a common denominator the crash of workers-people's rights. Optimism does not exist in the hollow words of Mister Tsipras or Mister Mitsotakis about "fair development". Optimism for our people exists only in the growth of class struggle, the quick recasting of the labor movement, the social alliance, the struggle in all fronts and the multiform strengthening of the KKE". 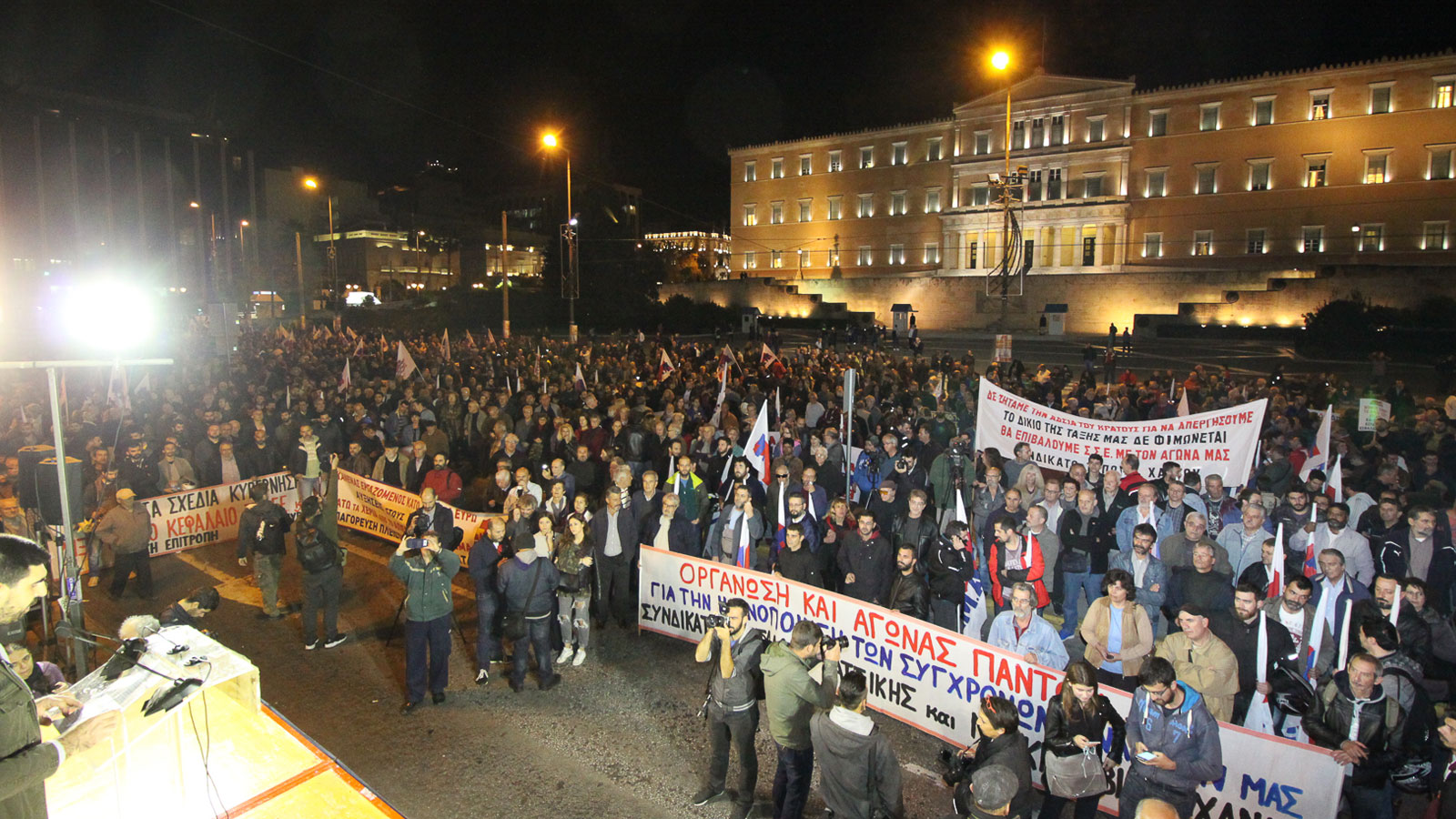 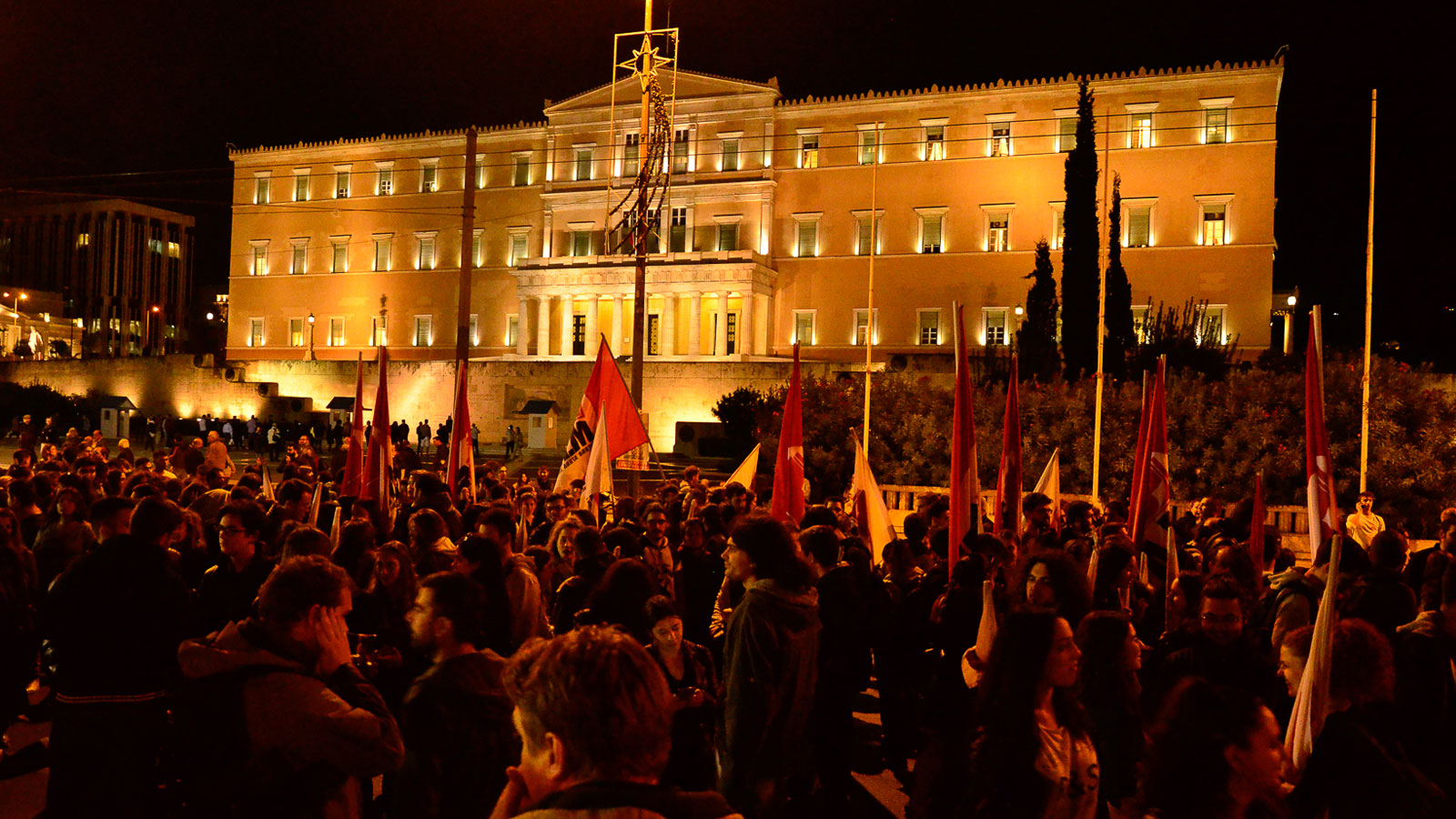 Similar demonstrations, organised by PAME and workers unions, took place in many cities throughout Greece, including the second largest city Thessaloniki.