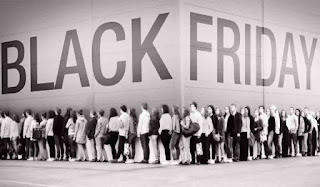 They said at least 500 of the 1,600 staff in Piacenza, 45 miles south of Milan, would refuse to work on Black Friday, according to the Reuters news agency. They are also refusing to work overtime until the New Year.
At the same time, workers at six distribution centres in Germany are also due to strike as part of a long-running pay dispute.
The ver.di union is co-ordinating the walkout, and said its members deserve a bigger share of the profits Amazon makes from the holiday.
“The world’s biggest online retailer wants to achieve record sales on this day, but employees have to produce record performance not only on this day so that everything runs how Amazon wants it,” said Verdi board member Stefanie Nutzenberger.
According to Reuters, the strike will be the first ever for Italian Amazon workers, though those in Germany have taken action before.
Sources: businessinsider.com, Reuters.
* * * 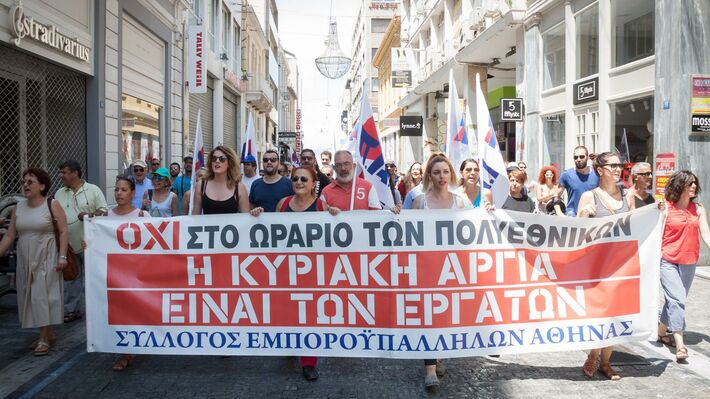 In Greece, the Association of Self-Employed and Merchants of Athens issued a statement expressing its full disagreement with Black Friday, pointing out that it consists an act that serves the interests of large monopolies while it crushes small self-employed merchants. According to the Association, the Black Friday strengthens the profitability of large multistores that have the capability to broadly communicate their promotional sales and offers with consumers.
According to the Athens' Association of Employees, as Black Friday approaches, there are dozens of complaints by workers-employees who face high pressure and demands from the side of employers.
The Association of Employees will demonstrate against the capitalist fiesta of Black Friday, outside the Ministry of Labour on Friday 24th November.
IN DEFENSE OF COMMUNISM ©