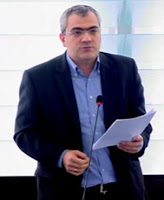 The EU and her governments of imperialist wars and interventions, of the officially 20 million unemployed people, of the tens of millions who live under the poverty limits, wag the lecturing figure about human rights to the Cuban people who for decades erased unemployment, who expressed the need for the abolition of the exploitation of man by man. In a country which, despite sanctions, had achievements which were intangible for the capitalist countries of Latin America and the Caribbean.


We condemn the years-long blockade by American imperialism and the interventions of the EU against Cuba. We stand decisively by the side of the Cuban people and express our solidarity to the Cuban revolution".