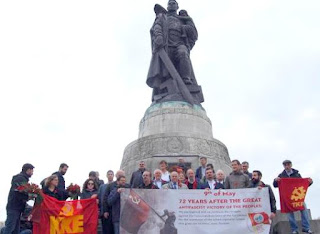 We will continue with this experience to fight against the difficulties, to contribute more to the development of the class struggle, to weaken opportunism, strengthening the efforts for the unity and revolutionary regroupment of the communist movement, the struggle for socialism.
Posted by In Defense of Communism