NIKOS BELOYANNIS, The Man with the Carnation: Always alive in the hearts and consciousness of the people 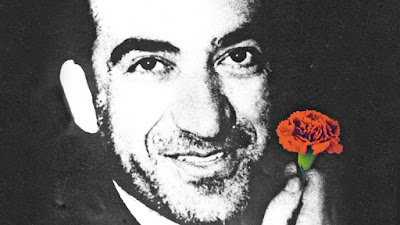 It was in the dawn of Sunday 30th March 1952 when his heart stopped beating. The bullets of the firing squad gave an end to the lifes of the KKE Central Committee member Nikos Beloyannis and three of his comrades- Dimitris Batsis, Elias Argyriadis and Nikos Kaloumenos. The execution- murder- of Beloyannis was a crime of the then bourgeois Greek government of Nikolaos Plastiras and the U.S. imperialists.

Beloyannis, who is known as "the man with the carnation", was a cadre of the - then illegal- Communist Party of Greece (KKE). He and his comrades had waged an unwavering struggle against foreign imperialism and its local allies. For his political activity and ideological beliefs he was arrested, tried and executed.

- Nikos Belogiannis, abstract of his defense speech at the military tribunal.

In his highly publicized and controversial trials, Beloyannis fought with unparalleled courage against his prosecutors. The first trial began in Athens on October 19th, 1951, with a lawsuit against Beloyannis and 92 more members of the Communist Party (KKE). The accusation was that they had violated the law 509 of 1947 about "communist propaganda", taking into account that KKE had been declared as "illegal" by the state. The verdict of the first trial sentenced Beloyannis and 11 comrades to death. Nonetheless, after an international outcry - and as it was clear that the trial process was nothing but a political conspiracy- the sentence was not executed.

"If I had renounced the KKE most likely I would have been declared innocent with great honours... But my life is connected with the history of the KKE and its activity... Dozens of times I faced the following dilemma: “to live and betray my beliefs, my ideology or to die and remain faithful to them. I have always chosen the second and today I am doing this again”.

On March 1, 1952 Nikos Beloyannis and 7 comrades were sentenced to death. Within a week the Greek government received from all over the world hundreds of thousands telegrams against the death sentense, while an international campaign - with the participation of personalities like Pablo Picasso, Charlie Chaplin, Jean Paul Sartre, Paul Éluard, Nazim Hikmet and others- asked for the cancellation of the military tribune's verdict. On the contrary, the US demanded that the Plastiras' government and the King carry out the execution of the sentense. In the late evening of Saturday, March 29, 1952, King Pavlos rejected a request for clemency for Beloyannis and his comrades.

The execution of Beloyannis and his three comrades on the dawn of the 30th of April 1952 took place under the lights of the military trucks and jeeps, as it was still dark and everything had to be carried out quickly, before the news spread to Athens. However, the news of Beloyannis murder were spread across the world and the crime was denounced, not only by the working people in every country, but also by famous personalities: Pablo Picasso, Ilya Erhenburg, Paul Eluard, Nazim Hikmet, Howard Fast and others condemned the execution of Beloyannis and mentioned the heroism of the Greek communist who remained completely loyal to his beliefs until the end. 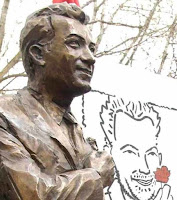 "Belogiannis lives, because the movement that raised and educated him lives and develops. (...) Belogiannnis did his duty. He honoured the dead of the labour struggles from the interwar period, of EAM-ELAS, DSE, of the struggles for social rights. He was their worthy successor and served social progress and the people as a whole. This is why we do not consider him to be a hero just for the KKE. His heroism, his example, in a period of the labour-people's movement's defeat, demonstrates that the path is kept open and the flame alive in even the darkest periods (...)The KKE learns from the history of N.Belogiannis and thousands of other heroes. It understands its own responsibilities in a more demanding way in the conditions today of the retreat of the labour-people's movement at a global level. As regards the task of politically awakening the working class-popular forces so that they take matters into their own hands."

- Dimitris Koutsoumbas, General Secretary of the KKE, Speech at the opening of "Nikos Beloyannis" Museum in Amaliada, Greece, 27 March 2017). 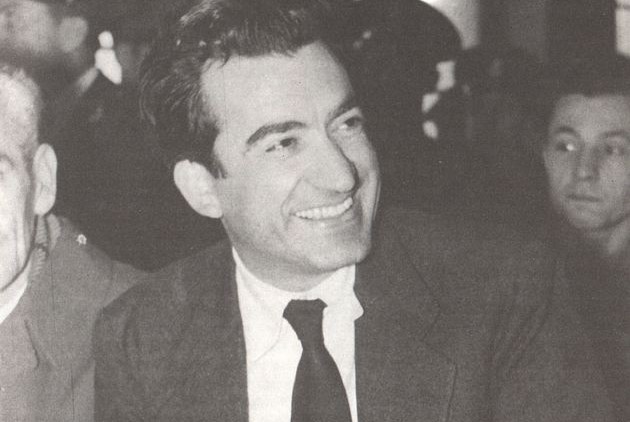 WHO WAS NIKOS BELOYANNIS - A SHORT BIOGRAPHY

- NAZIM HIKMET,
"The Man With The Carnation".
Poem for Nikos Beloyannis.