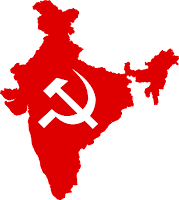 
The BJP has won a sweeping victory in Uttar Pradesh getting over three-fourth of the seats in the assembly. This victory has been accomplished by a mix of rank communal appeal and by putting together a wide ranging caste coalition. It was this combination that propelled Narendra Modi and the BJP in the Lok Sabha elections in the state and that momentum has been maintained.
While acknowledging the massive mandate that the BJP has received, it also has implications that are dangerous for the country as it will encourage the brand of Hindutva politics which is divisive and harmful for the country.
The BJP has also registered success with a big win in Uttarakhand and dislodging the Congress from government there. It however, suffered a setback in Punjab where the Akali-BJP alliance has suffered a big defeat with the Congress winning a clear majority.
The BJP has failed to get a majority in the Goa assembly while the Congress appears to have lost its dominant position in Manipur. 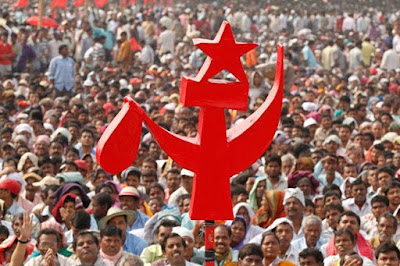 COMMUNIST PARTY OF INDIA (CPI).
The Central Secretariat of the Communist Party of India (CPI) issued the following statement to the media on March 11, 2017:

The results of elections in Uttar Pradesh giving 3/4th majority to BJP, is a big setback to secular and democratic forces in the country. It is a victory to communalism that was unleashed by Prime Minister Narendra Modi in the election campaign in Uttar Pradesh.

It looks Modi was successful in making the people to believe that demonetisation was against the black money and rich, though it is otherwise.

The defeat of Akali-BJP is in Punjab, is the result of its corrupt and misrule.

On the whole the results are more anti-incumbency in Uttar Pradesh, Punjab, Uttarakhand, Manipur and Goa, though in the last two states there is no majority to any party.

The results may cause further problems with more anti-people policies by government and intolerance and communal offensive by Hindutva forces.