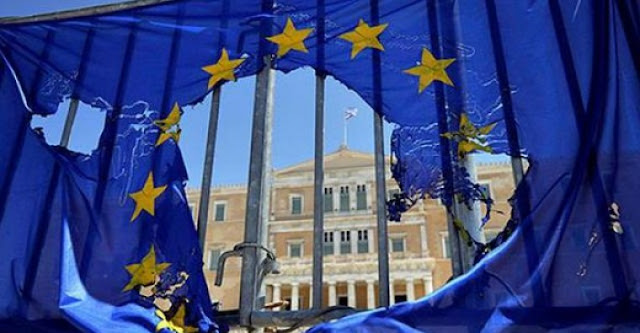 MOSCOW (Sputnik) — Forty-seven percent of Europeans have an unfavorable view of the European Union, a new survey conducted by the Pew Research Center in 10 large EU states has revealedThe poll published on Tuesday showed that the number of people with favorable view of the bloc had almost come up with the number of their opponents and estimated at 51 and 47 percent respectively.

The research center added that Euroscepticism was on rise among the EU nations and in such states, as Greece, France, United Kingdom and Spain showed that EU adherents were outnumbered by their opponents.

The survey showed that such issues, as possible Brexit, migration crisis, the European Union's handling of economic problems and Brussels' policy of "ever closer union" fueled concerns of EU citizens over prospects of the bloc.


The survey was conducted starting from April 4 until May 12, and covered 10,491 respondents from Poland, Hungary, Italy, Sweden, the Netherlands, Germany, Spain, the United Kingdom, France and Greece.

Euroskepticism Beyond Brexit / Source: Pew Research Center.
By Bruce Stokes.
On June 23, people in the United Kingdom will vote on a referendum on whether to remain in the European Union or to leave the Brussels-based institution, a decision that has come to be called Brexit. The British go to the polls at a time when a new multi-nation survey from Pew Research Center finds that Euroskepticism is on the rise across Europe and that about two-thirds of both the British and the Greeks, along with significant minorities in other key nations, want some powers returned from Brussels to national governments. Whether favorable or not toward Brussels, most Europeans agree that a British exit would harm the 28-member EU.
A median of just 51% across 10 EU countries surveyed have a favorable view of the European Union. A median of 42% in these 10 nations want more power returned to their national capitals, while only 19% favor giving Brussels more power and 27% favor the status quo.
European publics are sharply divided along partisan lines on many of these issues. Supporters of Euroskeptic parties – especially in France, Italy, Poland, Spain and the UK – are much less likely than adherents to other major parties to have a favorable view of the European Union.
These are among the key findings from a new survey by Pew Research Center, conducted in 10 EU nations among 10,491 respondents from April 4 to May 12, 2016. The survey includes countries that account for 80% of the EU-28 population and 82% of the EU’s GDP.
[...]

The 1957 Treaty of Rome, the founding document of what eventually became the European Union, pledges its signatories, and all the nations that later acceded to it, “…to lay the foundations of an ever closer union among the peoples of Europe.” In early 2016, British Prime Minister David Cameron negotiated an agreement with other EU governments that the founding treaty’s “references to ever closer union do not apply to the United Kingdom.” Nevertheless, disagreement over whether governance in Europe should be more or less centralized is at the center of the UK referendum debate on whether or not to exit the EU. The Pew Research Center survey finds that in six of 10 countries more people want devolution of EU power than support the status quo or favor giving more power to the Brussels-based institution.
Roughly two-thirds of Greeks (68%) and British (65%) want some EU power returned to Athens and London. This is particularly the view of British ages 50 and older (73%); only 51% of those ages 18-34 agree. Pluralities in Sweden (47%), the Netherlands (44%), Germany (43%) and Italy (39%) also want to curtail EU power.
Conversely, there is little enthusiasm for transferring more power to Brussels. As the British head to the polls, just 6% of the public in the UK wants such an outcome. And only 8% of Greeks favor more power for the EU. The strongest backing for an ever closer Europe is only 34%, in France. In most countries a quarter or more of the public prefers to keep the current division of power.