Thousands of workers, men and women, took to the streets across Europe on Saturday May 1st in order to honor the International Workers' Day, amid varying levels of Coronavirus restrictions.
Members and friends of the Communist Party of Greece (KKE) and the Communist Youth (KNE), who live in France, Germany, Britain, Belgium, Sweden and other countries participated actively in the May Day rallies, 902 portal reports.
In London thousands of protesters marched against the new police, crime, sentencing and courts bill, in the biggest protest under the “kill the bill” banner to have taken place so far. Members and supporters of the KKE and KNE sent the message that the workers and the youth have the power to defend their lives and rights and that the only way lies in the organization of the counterattack against the capitalist establishment.

In France over 300 rallies honoring the Workers' Day took place in Paris and other major cities including Lyon, Nantes, Lille, Toulouse. Demanding social and economic justice, thousands of people gathered in central Paris, voicing the opposition to the anti-worker, anti-people measures of Macron government. Marchers, most wearing masks in line with coronavirus rules, carried banners reading, “Dividends, not unemployment benefits are the income of lazy people” and “We want to live, not survive”. KKE members and supporters joined the trade unions rallies in Paris alongside the forces of the Communist Revolutionary Party of France.

In Germany, members and friends of the Communist Party of Greece participated actively in May Day rallies held in Berlin, Munich, Frankfurt, Hamburg, Stuttgart, Cologne, Nuremberg, Hanover and other cities. Marching alongside the comrades from the German Communist Party (DKP) and the Communist Party of Turkey (TKP), the participants shouted slogans such as “Capitalism is the deadliest virus” and “We won't become the slaves of the 21st century”, declaring that in these difficult times, we must strengthen the voice for the defense of the workers' rights, peace and humanity's progress.

Below you can see photos from the participation of KKE members and supporters in the May Day rallies across European cities. The photos are from 902.gr portal:
London 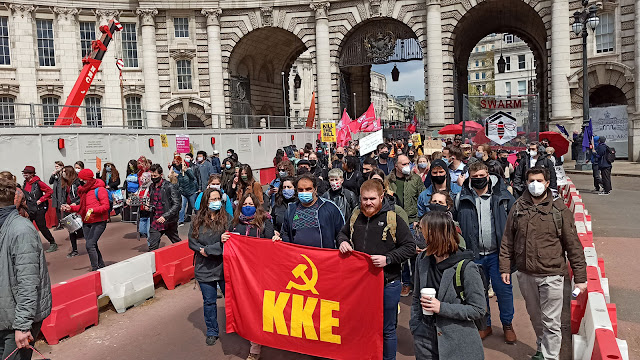 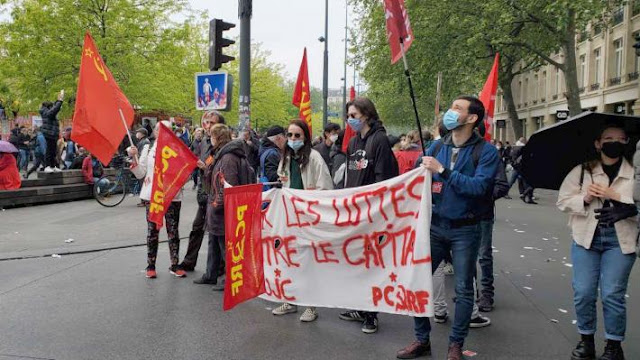 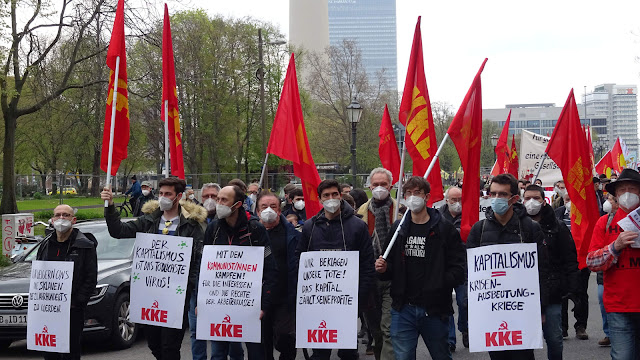 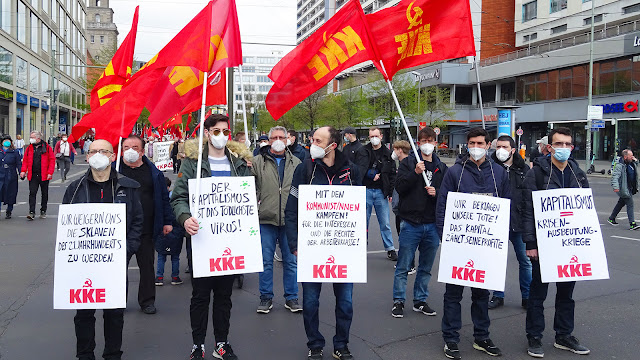 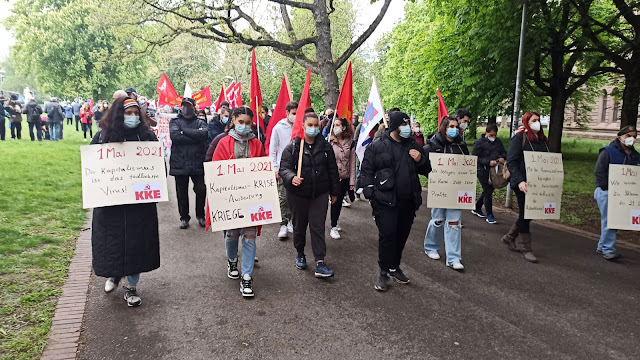 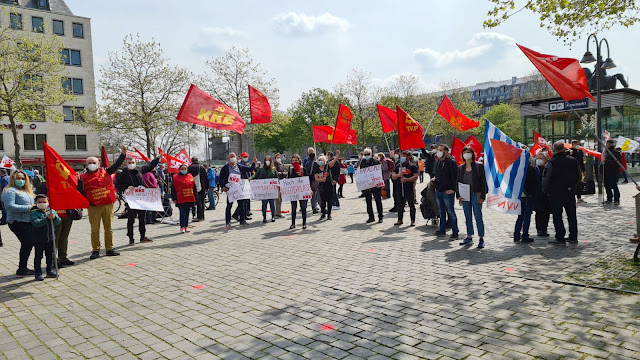 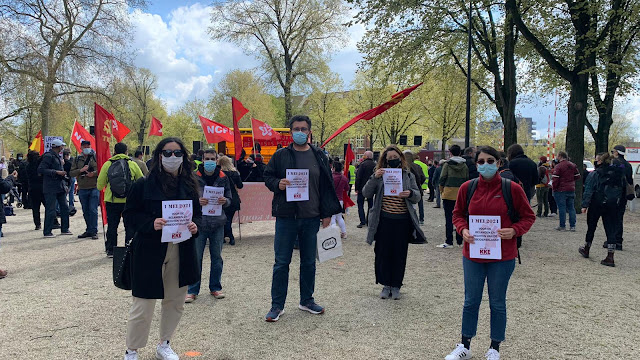 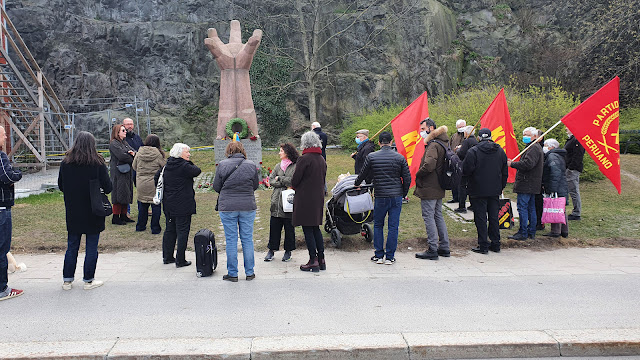