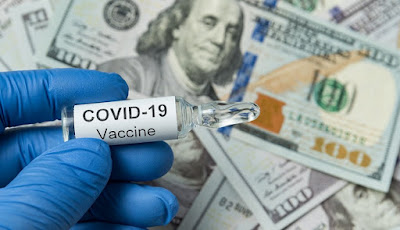 On the issue of the patent for the COVID-19 vaccines, more than 60 Communist and Workers' Parties have issued the following statement:

The COVID-19 pandemic has caused a great tragedy for more than a year now. In this period, in many countries, millions of workers have caught the disease, losing their health, their jobs or even their lives. On the other hand, in the same time frame, some companies that have sold the essential needs food, hygienic materials, masks and finally, vaccines, as commodities, have become among the wealthiest in the world. The capitalist class has turned the pandemic into an opportunity for greater exploitation of workers in order to make more profits.

Several vaccines that have been administered since the end of 2020 are developed by pharmaceutical monopolies. There is a substantial level of information on the clinical efficacy and dose intervals of these vaccines. Despite some of them being administered cautiously due to some adverse effects, they can effectively contribute to tackling the pandemic. However, since the administration of the first shot, only around 2.16% of the world’s population could have been fully vaccinated.

The main method of combating communicable diseases is widespread, rapid and effective immunization. Unfortunately, capitalism in the 21st century has been incapable of implementing this basic formula for a worldwide infection, as seen in the COVID-19 pandemic. The reasons for this situation are clear: Despite all vaccine development studies having been conducted thanks to public funds and the collaborative efforts of thousands of scientists, in the great capitalist powers the final product was seized by pharmaceutical monopolies under the name of intellectual property, or so-called patents. Today, vaccines can be produced only in a number of countries. While the most powerful imperialist countries are ordering much more vials beyond their needs and getting a larger share on the stocks available now and in the future, tens of countries, mainly the economically less developed, would only be able to vaccinate a small part of the population, in an uncertain future. This is turning a blnd eye on the deaths of the citizens of those countries from a preventable cause.

The most dangerous scenario in the case of infectious diseases is the vaccination of a very limited part of the population, which would facilitate the evolution of the virus so that it would have more advanced properties. This is what is happening right now.

The COVID-19 pandemic will not disappear from the world at once. Moreover, the social and environmental conditions created by capitalism show us that humanity will be facing such epidemics again, though in other ways. The COVID-19 pandemic will also continue until an effective treatment targeting the virus will be found and/or a massive and rapid vaccination will be achieved; and the best-case scenario is that humanity will continue to live with the coronavirus with reduced morbidity and mortality. Therefore, it is in the common interest of the working class and the popular strata to struggle for priority to be given to vaccines and treatments against infectious diseases.

Patents or intellectual property rights have had an impact not facilitating the production of vaccines as argued, on the contrary, they slowed down the immunization of masses.

But we cannot leave any issue concerning public health to the “good will” of profit-seeking monopolies and the competitions between them.

Taking into account and valuing the actions of solidarity and cooperation, initiatives and efforts developed by some countries, as communist and workers' parties of the world, we are jointly calling for:

The peoples must strengthen their struggle for the protection of health. We need to come into conflict with the interests of the monopolies, which sacrifice human lives for profit!