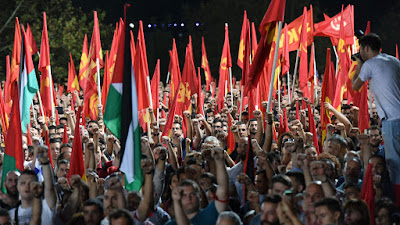 ATHENS- With an overwhelming, massive participation of people of every age, this year's KNE-Odigitis Festival surpasssed any expectations.

Dedicated to the 100 years of the Communist Party of Greece and the 50 years since the foundation of its youth wing, KNE, the festival took place at Athens' Tritsis Park, on 20-22 of September.

Inspired by the lyrics of a poem written by Yannis Ritsos, the festival's slogan was “it's been a long road so far. A difficult road! A certain road. Now this road is yours to follow”.

Forty communist youth organizations from all over the world participated in the festival, while this year's events were marked by the presense of the young Palestinian activist and former prisoner Ahed Tamimi and her family. The 17 year-old attended the major political rally on the third day of the Festival on Saturday and was received with enthusiasm by the participants. In her short greeting message to the tens of thousands of attendees, Tamimi thanked the KKE and KNE for their solidarity and, among other things, said:

“First of all I would like to congratulate the KKE for its 100 years of activity and the 50 years of KNE. We always say that we take strength from the power and the support that you give us, but we don't regard you merely as supporters of our cause but (also) partners in our struggle and war. Despite all the pain that every Palestinian passes through every day, he doesn't recognize himself as a victim, but as a fighter for freedom. We always say that the people and our people can achieve change and accomplish the struggle (and) for that reason, free people of the world unite together in order to bring an end to exploitation, capitalism and colonialism, and to finish off imperialism”.


The 17 year-old Tamimi also pointed out that she comes “from the land of peace, Palestine, that never had peace. Without peace in Palestine- she added- peace will never come to the world”.

Following Ahed, speeches were delivered by the Secretary of the Central Council of KNE Nikos Abatielos and the General Secretary of the Central Committee of the KKE Dimitris Koutsoumbas. “We continue, under the flag of marxism-leninism, of proletarian internationalism” pointed out Secretary Koutsoumbas during his speech adding that “we are sure that everything will change. What today seems motionless will start moving, those who are silent today will talk and will shout: this rotten world can and must change, it will change!”. Addressing the massive crowd, Koutsoumbas attacked the government of SYRIZA as well as the major opposition party of New Democracy for their policies and called the youth, the Greek people in general, to support and strengthen the KKE.

During the course of the three days at Tritsis Park, both political and cultural events took place. An event of solidarity towards Socialist Cuba and against US imperialism was held on Friday at the “International city”, the place of the Festival where foreign delegations set their pavilions, while numerous other discussions on contemporary political and social issues were organized throughout the Festival's site.

A significant number of artists- including popular Greek singers and songwriters such as George Dalaras, Vasilis Papakonstantinou, Glykeria, Natasa Bofiliou, composer Thanos Mikroutsikos, Imam Baildi band and others- contributed to unique moments of entertainment, attracting thousands people of every age. 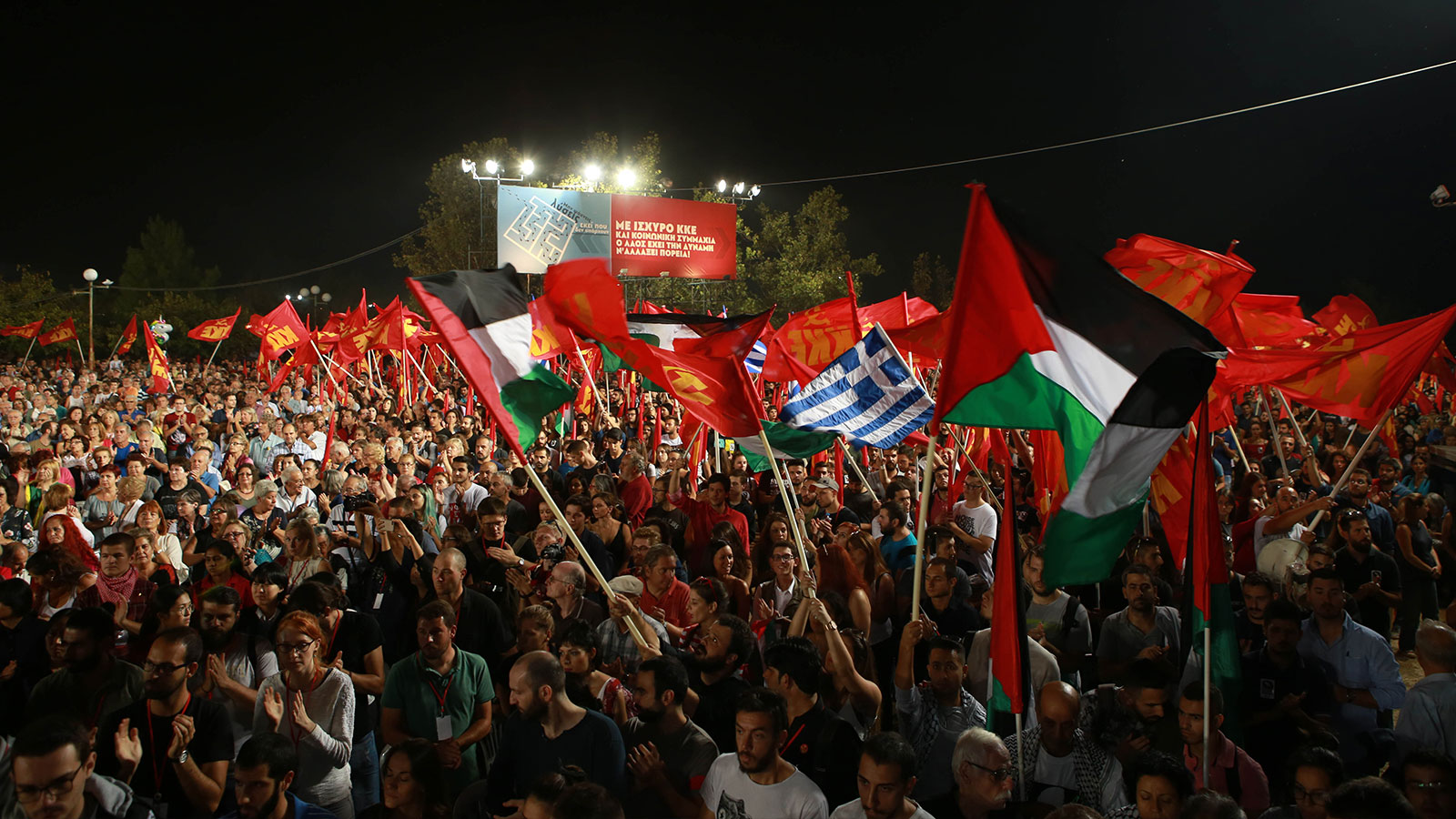 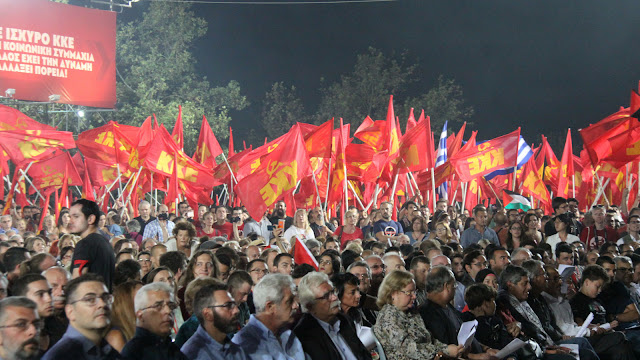 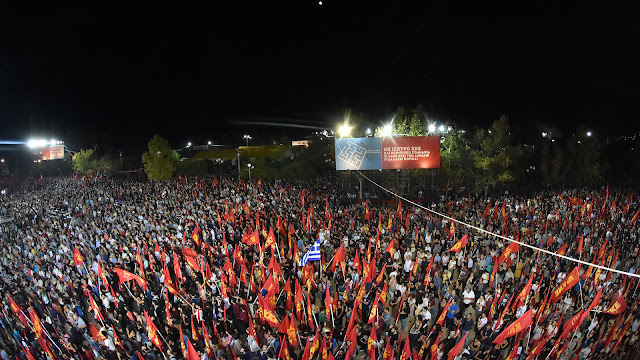 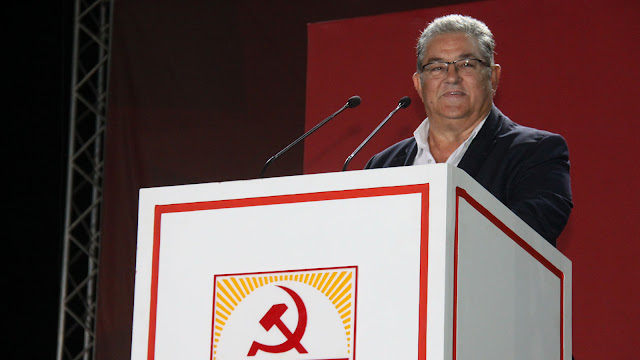 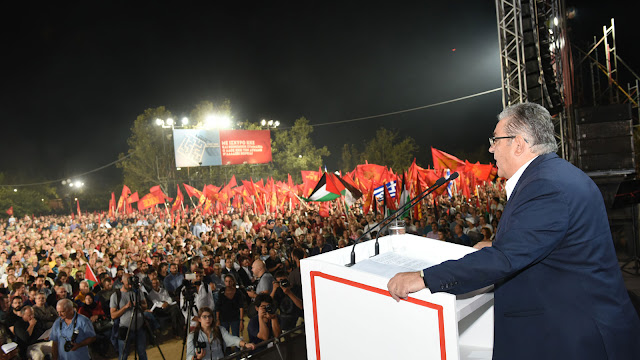 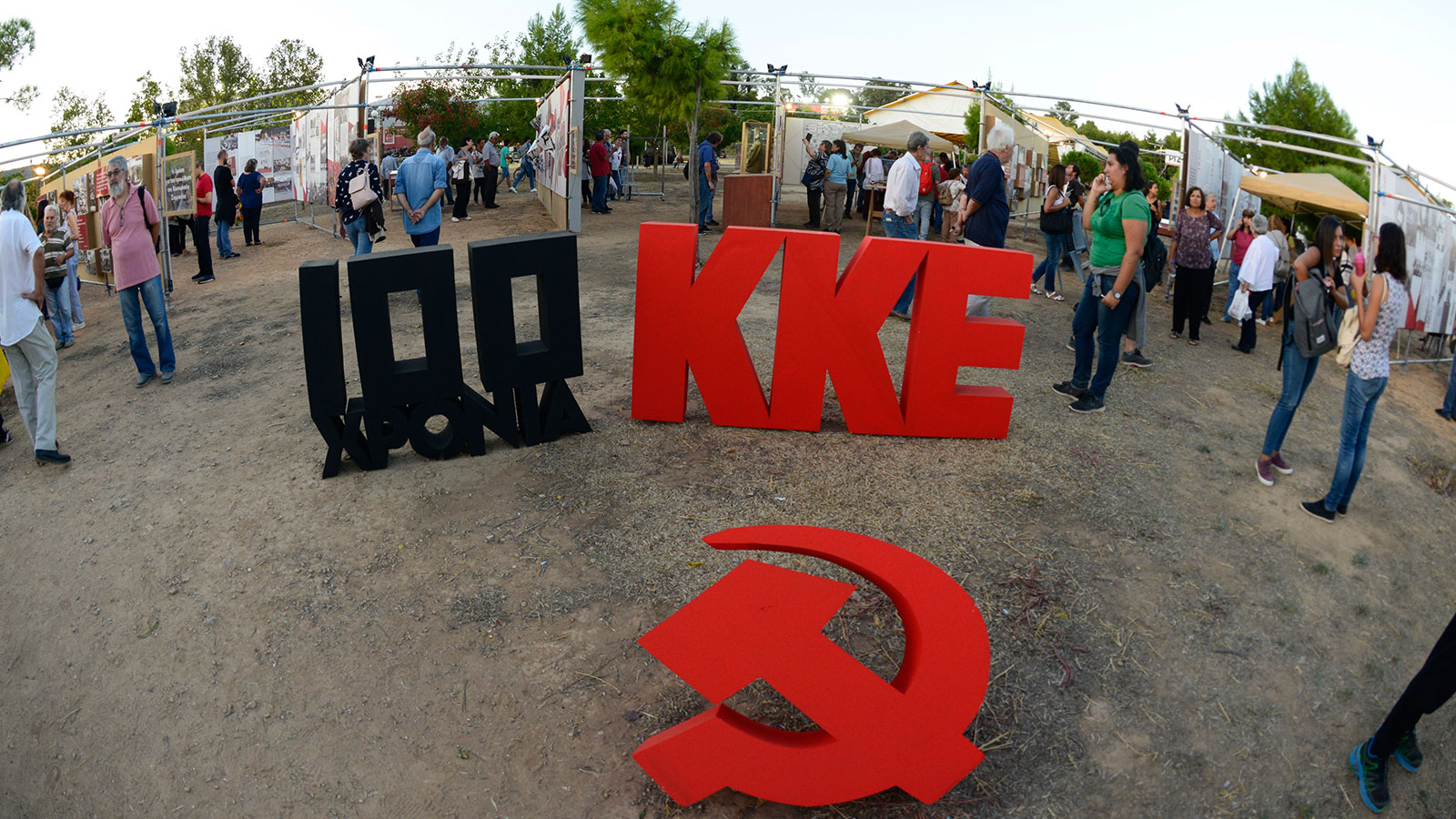 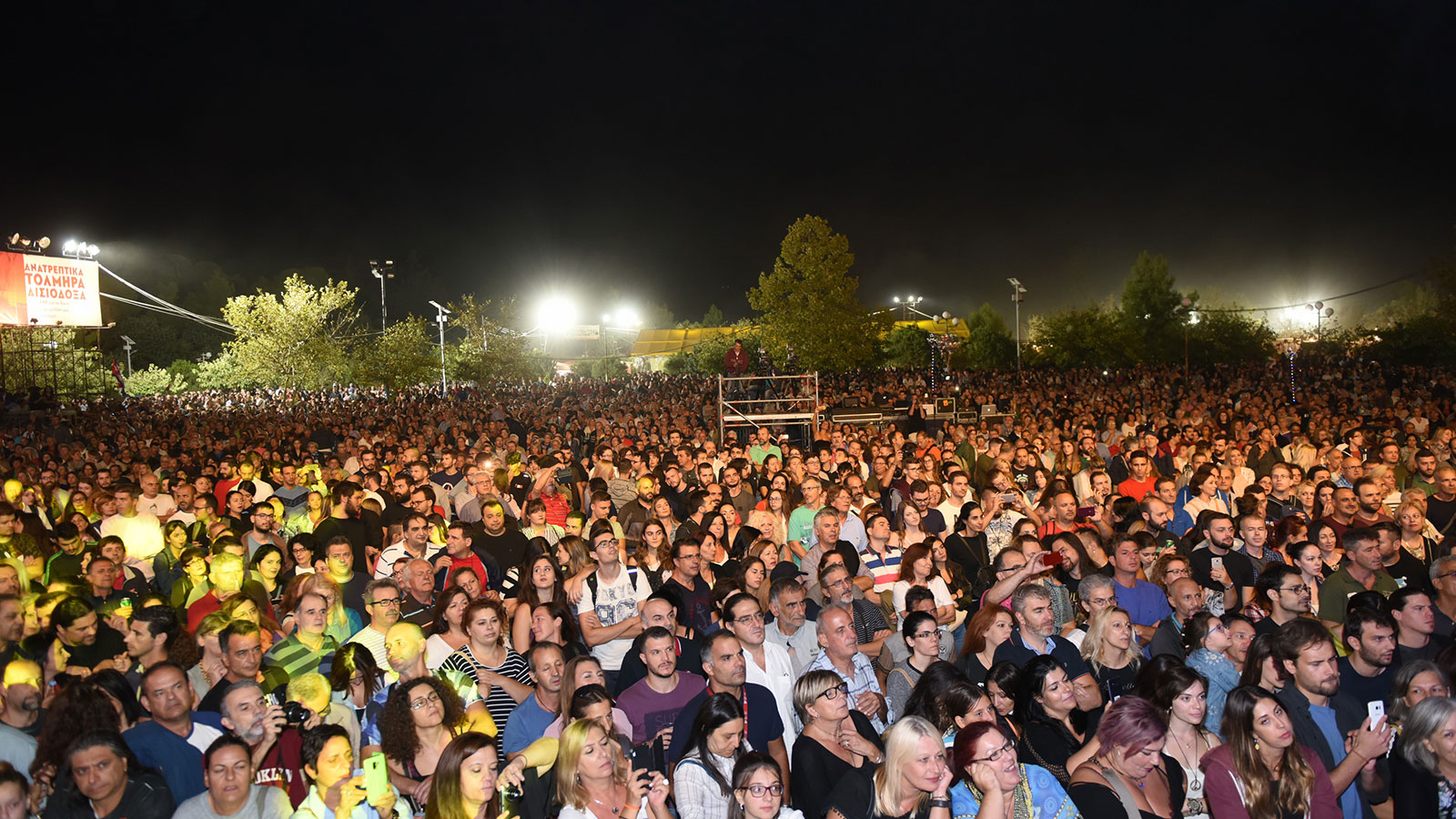 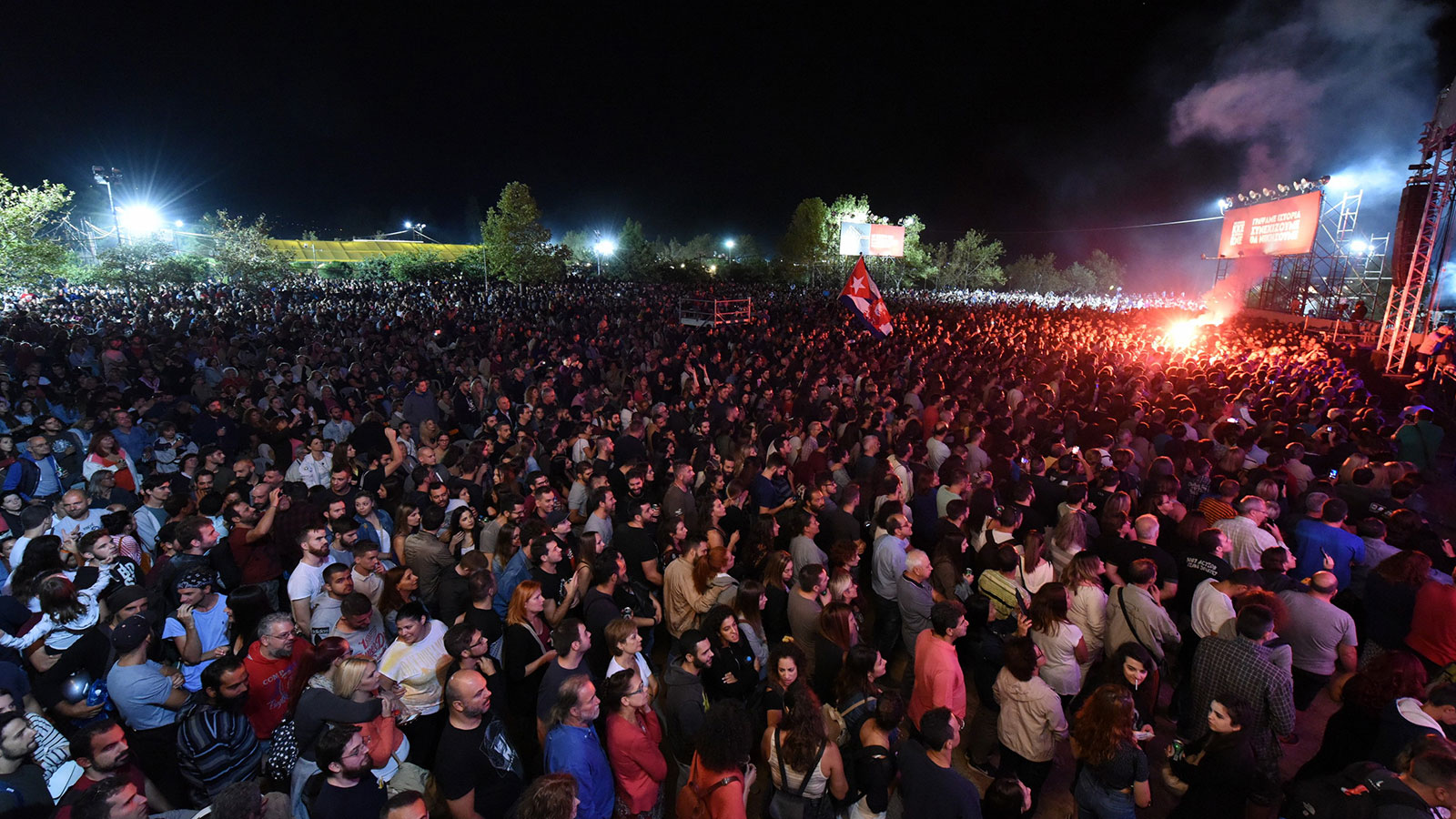