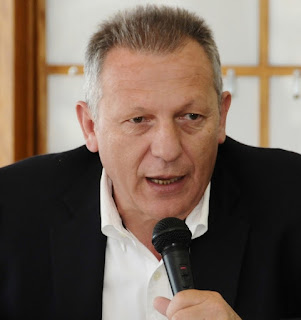 [i] A traditional Greek saying that means someone accepts their own murder passively without any resistance.