Was Marilyn Monroe a communist? 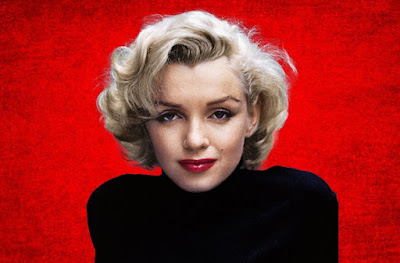 At first sight the title's question seems ridiculous: What does a Hollywood bombshell with a “ditzy blonde” persona have to do with communist ideology? But sixty years since her death, a controversial Netflix movie (“Blonde”) based on her life raises, once again, the issue of Marilyn Monroe's socio-political views which the U.S. cinema industry fears to address.

Was Marilyn Monroe a communist-sympathizer? Did she have any close ties with Communist Party members? What were her views on the Soviet Union, on Fidel Castro's Cuba and the People's Republic of China? There isn't a straightforward answer to these questions. Back in 2012, files that document the FBI's close scrutiny on Monroe were released.
The U.S domestic intelligence agency was monitoring the actress for ties with communists in the years before her death in August 1962. Marylin's file begins in 1955, when she applied for a visa in order to visit the Soviet Union, and mostly focuses on her travels and associations, searching for signs of leftist views and possible ties to communism.

The bureau never found any proof that she was a member of the Communist Party. Nonetheless, the FBI was particularly concerned about Monroe's contacts with people who had a verified left-wing or politically progressive background. After all,  being a left-leaning liberal during McCarthyism was almost identical of being a communist, or at least a Soviet-sympathizer. According to FBI's records, Marilyn had established contacts with American ex-patriot Frederich Vanderbilt Field, who was residing in Mexico. Field had been disinherited by his upper bourgeois family due to his leftist views.

In his autobiography titled “From Right to Left”, Field wrote about Monroe's strong feelings for justice: “She told us about her strong feelings for civil rights,” he wrote, “for black equality, as well as her admiration for what was being done in China, her anger at red-baiting and McCarthyism and her hatred of J. Edgar Hoover (FBI director)”. According to the FBI files, Marylin's last trip to Mexico was several months before her mysterious death, on February 19, 1962.
Another reason which put Monroe on the FBI “list of suspects” was her acquaintance with the progressive playwright Arthur Miller who later became her husband. Timestamps found on documents begin around 1955, the year she began dating Miller, who was already blacklisted due to his socio-political views. In 1956 Miller, who became famous for his works “Death of a Salesman” and “The Crucible”, was subpoenaed by the notorious House of Un-American Activities Committee after he tried to renew his passport in 1956. In the early 1960s, the FBI was convinced Monroe didn't have any affiliation with the Communist Party USA. “Subject's views are very positively and concisely leftist; however, if she is being actively used by the Communist Party, it is not general knowledge among those working with the movement in Los Angeles”, an agent wrote in a letter addressed to J. Edgar Hoover.

FBI's obsession with Marilyn Monroe was based on the fact that she was one of the most popular Hollywood stars, with a base of millions of loyal fans in the US and abroad, who could potentially have been affected by her socio-political views.

The truth is that Monroe was not a communist and hadn't any affiliation with the then Communist Party. However, behind the “dumb blond” image of Marilyn created by the Hollywood establishment, there was a sensitive and intelligent woman who had a strong interest about equality and justice. After all, being a working class child, she herself became subject of immense exploitation under capitalism which treated her as a sex subject and a “money machine”.

“An actress is not a machine, but they treat you like a machine. A money machine”, she said once (Quoted in Ms. Magazine, August 1972).