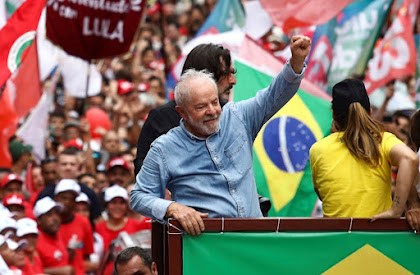 More than 156 million Brazilians were summoned to choose this Sunday their next president between Bolsonaro and Lula; the most-voted candidates in the first round on October 2. Likewise, 12 states of the country elected their governor in the second round.

As we pointed out in previous article (“Brazil: Is social democracy the solution for the people?”), the sinful social democracy comes renewed, with its well-known progressive slogans and false promises, sowing new illusions about a supposed pro-people management of capitalism, tailor-made for the interests of the capital's profitability.

The example of Brazil comes to be added to the examples of Chile, Mexico, Colombia, Venezuela, Bolivia and other Latin American countries, which teach that capitalism is neither improved in favor of the working people nor humanized. The management of the exploitative system under “left”, “progressive” or “anti-neoliberal” slogans only cultivates illusions and false expectations in the working class, thus leading, sooner or later, to widespread disillusionment and ideological degeneration.

Bolsonaro has gone, but the harsh reality of capitalism for the majority of the 214 million Brazilians remains.

World leader, including US President Joe Biden, have already congratulated Lula da Silva for his victory.