V.I. Lenin: Letter on the eve of the October Revolution 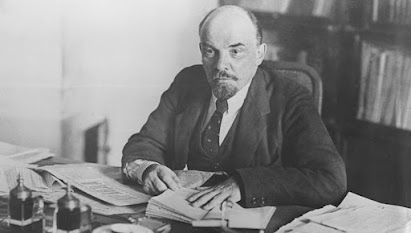 The following letter, written by Vladimir Ilyich Lenin on 24th October (6 November) 1917, on the eve of the Great October Socialist Revolution, was addressed to the Central Committee members of the Russian Social Democratic Labour Party (Bolsheviks):

I am writing these lines on the evening of the 24th. The situation is critical in the extreme. In fact it is now absolutely clear that to delay the uprising would be fatal. With all my might I urge comrades to realise that everything now hangs by a thread; that we are confronted by problems which are not to be solved by conferences or congresses (even congresses of Soviets), but exclusively by peoples, by the masses, by the struggle of the armed people.

All districts, all regiments, all forces must be mobilised at once and must immediately send their delegations to the Revolutionary Military Committee and to the Central Committee of the Bolsheviks with the insistent demand that under no circumstances should power be left in the hands of Kerensky and Co. until the 25th; not under any circumstances; the matter must be decided without fail this very evening, or this very night.