Turkey: University student sentenced to 9 years in jail over a book and a cap with star! 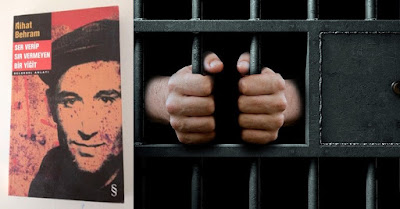 A new incident from Turkey comes to verify the escalation of repression exercised by Tayyip Erdogan's AKP regime.

According to a report by bianet.org, a university student has been convicted of "membership of and propagandizing for the Revolutionary People's Liberation Party-Front (DHKP-C)" because a biographical book about Ibrahim Kaypakkaya, the founder of the Communist Party of Turkey/Marxist-Leninist (TKP/ML), and a cap with a star on it were found in his house.
Furkan Sevim (23), a third-year student at Eskişehir Anadolu University Department of Art history, was sentenced to 7 years and 6 months in prison for "membership of an armed organization" and 2 years and 3 months in prison for "propagandizing for an illegal organization" in the hearing that was held on December 3, receiving a total of 9 years and 9 months of prison term. The case is currently at the court of appeal.

Both DHKP-C and TKP/ML are illegal in Turkey and have been listed as "terrorist organizations".

The book on Kaypakkaya, the cap, a letter that was sent to him by students remanded in custody with the approval of the prison council, and the printout of a speech by Mahir Çayan, the founder of the Turkish People's Liberation Party-Front (THKP-C), at Ankara University Department of Political Science were considered as "elements of crime."

Speaking to bianet, Sevim said, "In our country, a new one is added to the injustices every day. What I experienced today is just one of them. As no tangible thing that might be considered as an element of crime could be found during the house raid, a crime was created out of my household items, books and my solidarity with Nuriye Gülmen and Semih Özakça. During the period of confidentiality in the investigation, Anadolu University initiated a separate disciplinary investigation on the grounds of this investigation."

Sevim also said that his education loan was suspended during this period.