It has been also announced that the current, supported by the KKE, mayors of Kesariani (Ilias Stamelos), Haidari (Michael Selekos) and Petroupolis (Vangelis Simos) will run at the Greek local elections in May 2019.

Greece: Action Day on Healthcare "We break the silence- Masked mouths still have a voice"

Under the slogan “We break the silence, we raise our voice for the people’s health”, numerous class workers’ unions, unions of doctors an... 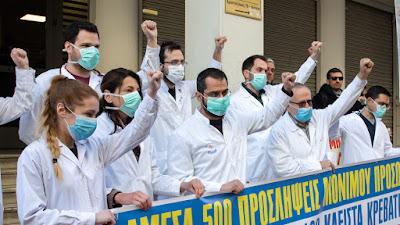