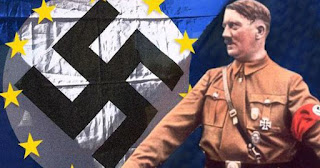 Among the many unhistorical references and efforts to distort the historical truth, the most horrible one came from Goran Lindblad of Sweden, President of the so-called "Platform of European Memory and Conscience". In his speech, Lindblad refered to the importance that the condemnation of all the "totalitarian regimes" has, and added that: "communist ideology in itself was bad, not that something had gone wrong when it was implemented. “Both the texts of Hitler’s ‘Mein Kampf’ and Karl Marx include it, the idea to use terror to keep dictatorships in power,” Lindblad, a member of the Swedish Moderate Party, said.

For the record, other participants in this despicable, anticommunist "conference" were: Estonian MEP Tunne Kelam (IRL/EPP), Dr. Olaf Mertelsmann of the University of Tartu, also include Dr. Anna Kaminsky, director of the Federal Foundation for the Reappraisal of the SED Dictatorship in Germany, Andres Kasekamp, professor at the University of Toronto, Igor Casu, professor at the State University of Moldova, and Dr. Bartosz Dziewanowski-Stefanczyk of the European Network Remembrance and Solidarity in Warsaw.

KKE: The EU's vulgar anticommunism has no bottom. 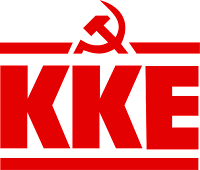 "The vulgar anticommunism of the EU has no bottom" mentions a statement by the Press Office of the CC of the Communist Party of Greece (KKE) and continues "the identification of the unprecedented work of Karl Marx "The Capital" with the nazist manifesto "Mein Kampf" of Hitler, was among the vulgar things that were said in the anticommunist fiesta in Estonia".

In another part of the statement, the KKE writes: "This is the proof that the EU constantly strengthens and process her anticommunism, the so-called equation between communism-nazism, which in the end of day justifies the hideous monster of nazism".

The KKE attacks the conservative, opposition New Democracy Party for participating "in this anticommunist drain", but also blames the SYRIZA-ANEL government for its hypocrisy. More specifically, the KKE statement writes:

"The SYRIZA-ANEL government cannot present itself as justified for its decision not to participate in Estonia, not only because it has already legitimize it by its presence in the respective last year's fiest (in Bratislava), but also because it acquits the EU for her anticommunism, which goes hand by hand with the attack on the workers-people's rights.".