ATHENS, Greece –  Stylianos Pattakos, the last survivor among the leaders of a 1967 coup that ruled Greece for seven years, has died at 103.
The state-run Athens News Agency reported that he died following a stroke Saturday. Pattakos was a brigadier general and commander of the armored forces stationed in Athens when he took a decisive part in the April 21, 1967, coup led by Col. George Papadopoulos.
He served as interior minister and, from 1971, as first deputy prime minister. He was later shunted aside by Papadopoulos who tried to liberalize the regime, which was ultimately halted by military hardliners. Pattakos was condemned to death in 1975 for his role in the coup, but his sentence was commuted to life imprisonment. He was discharged in 1990 for health reasons.
Until the end of his life, Pattakos remained an audacious supporter of the 1967-74 fascist military dictatorship. In his last television appearances he showed no remorse for the crimes he- and his colleagues- committed during the Greek Junta. Pattakos' fascism was so blatant that in one of his latest TV interviews he justified the torture chambers of the dictatorship. When he was asked about the case of Spiros Moustaklis, an anti-Junta army officer who suffered permanent brain damage after being severely tortured in 1973, he cynically replied: "We did the right thing to him". Moustaklis was left paralyzed for the rest of his life. 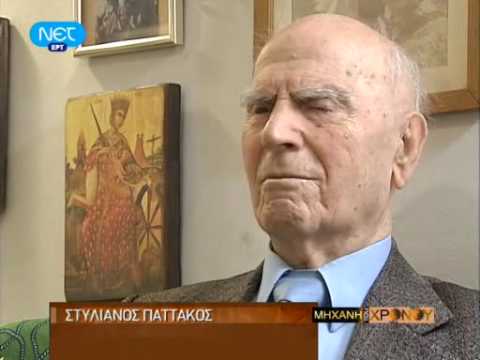 In recent years, Pattakos had publicly praised the Nazi party Golden Dawn. Quite obvious for a veteran of Greek fascism to support his political descendants. From their side, the Nazis of Golden Dawn (who openly praise the 1967-74 regime) were among the first to express their sorrow for the death of Pattakos- the "hero General Pattakos" as they called him.
The life, actions and ideology of Pattakos was not only a disgrace for Greece, but a disgrace for humanity. The dictatorial regime that he co-established and served was a puppet of the big Capital and U.S. Imperialism. This was the role of fascism- the most naked, brazen, oppressive, and deceitful mode of Capitalism, as Bertolt Brecht wrote. This is the role of fascism today. The people, the mass labor movement must raise walls against fascism, against the Nazi criminal Golden Dawn and all those apologists of Pattakos' rotten legacy.
IN DEFENSE OF COMMUNISM ©.