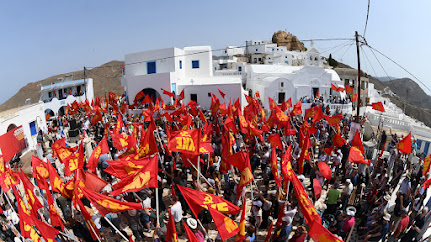 In an emotional event held earlier on Saturday 4 July in the Aegean island of Anafi, the Communist Party of Greece (KKE) honored the hundreds of communists and other political prisoners who were exiled in the island for several decades throughout the 20th century.

Paying tribute to all those heroes of the class struggle, the Central Committee of the KKE unveiled a monument created by sculptor Antonis Myrodias. 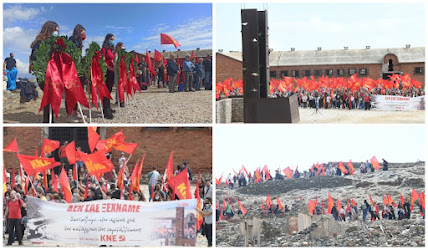 The event, which took place on Saturday 9 October, was organized by the KKE Party Organization of Attica.
Read more » 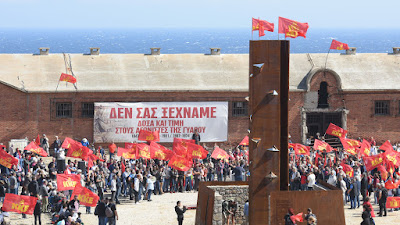