European Communist Initiative: "On the “green” and war profits of business groups and the energy poverty faced by the peoples" 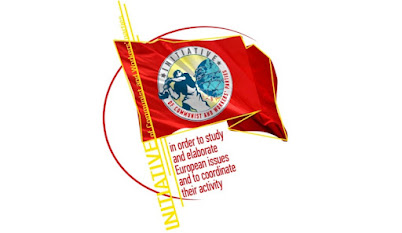 Statement by the European Communist Initiative "On the “green” and war profits of business groups and the energy poverty faced by the peoples":

The war in Ukraine has exacerbated the already existing inequalities in our society, deepening the worsening living conditions of the working majority, in conditions of an imminent capitalist crisis following the 2020 crisis, which acted as a catalyst for Covid-19. According to official EU data, one in four inhabitants of the EU (more than 122 million people) is living in poverty.

In reality, the prices started skyrocketing before the war. The cause for this is the EU “green transition”, the liberisation of energy, the lignite phase-out, and the energy exchange that shield the profitability of energy business groups. It is a blatant lie that energy behemoths will share their profits with the people.

The burden of the people has also increased by the ongoing imperialist war in Ukraine between EU-NATO-US and Russia. Despite the fact that the objectives of the EU, the governments, and the parties of capital to cut dependency on Russian gas, to make renewable energy sources prevail in the energy sector and to absorb the allocations of the Recovery Fund are being achieved, the price of energy has not decreased; in fact it is increasing. This situation is affecting millions of working class families and will deteriorate when winter comes, causing increasing popular discontent. In July 2022, the European Parliament proceeded to the final approval of the inclusion of nuclear energy and natural gas in “green” energies, demonstrating once again that the EU’s promotion of one or the other energy source is not based on environmental criteria but on the interests of the monopolies.

In the first half of 2022, the Swedish state-owned electricity company Vattenfall and the Spanish monopoly Iberdrola increased their profits by 39% and 36% respectively. Similarly, Galp tripled its profits in Portugal and the Italian multinational Eni quadrupled its profits. Another paradigmatic example was the French monopoly EDF, which, with a 67% increase in sales, took advantage of a new nationalisation of the company —worth € 9.7 billion— to alleviate some difficulties that derived from the maintenance of the oldest nuclear power plants, thus passing on € 5.3 billion of losses to the people.

The European Initiative of Communist and Workers’ Parties highlights the role of the bourgeois states that defend the interests of their capitalists and deliberately stifle the needs of the working class and popular strata in their countries. This characteristic becomes stronger than ever now, when the inter-imperialist contradictions are sharpening. The European Union uses the legitimate popular concern about environmental issues as a pretext to increase the profits of its monopolies because no capitalist state can defend the interests of the working class.