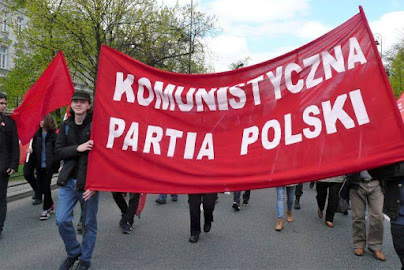 The KPP stresses out that “it shouldn't be forgotten that Poland, as a NATO member-state, had an instrumental role in the tragic situation affected by war, especially in Iraq and Afghanistan” and adds: “The refugees hope to reach Western European countries through Poland. These people often flee from Islamic fundamentalism, imperialism or the lack of prospects in their home country. Many migrants are Kurds who have become victims of Turkism imperialism in Syria and Iraq. Some have successfully fought against the Islamic State but, now, the U.S. has handed them over to Erdogan's regime which is occupying part of Syria's territory and carries out air strikes in northern Iraq”.
Concerning the standoff with Belarus, the statement of the Communist Party reads: “The refugees on the Polish-Belarusian border have no intention of settling in our country, they are convinced they can reach Western Europe via Poland. Their situation is aggravated due to the tense Polish-Belarusian relations and the refugee issue has become an instrument of conflict. This wouldn't have happened if the Polish authorities had not pursued a policy of interference in Belarus' internal affairs for years, including funding the opposition and media such as the Bielsat propaganda television station”.

The KPP stresses out that “the Polish government is not solving any problem by erecting new barriers and a wall in the border with Belarus” but, on the contrary, it “will contribute to the death of more people”. The Party also denounces the “rising military spending” that has negative social and economic effects, especially in view of the growing crisis. “The imposition of the state of emergency and the tightening of border crossing also affect local residents”, points out the statement, adding that “such measures disrupt the life in of local communities, contribute to enormous economic losses, increase unemployment and cause other social problems”.

The statement of the KPP ends with a call for change in Poland's foreign policy including the country's withdrawal from supporting “the Turkish regime that destabilizes the situation in Syria and Iraqi Kurdistan and refrain from interfering in the internal affairs of Belarus”.

During the last decade the Communist Party of Poland (KPP), a member of the International Meeting of Communist and Workers' Parties (IMCWP) and the European Communist Initiative, has been a major target of numerous persecutions by the bourgeois Polish state within the context of the reactionary anti-communist legislation in the country.