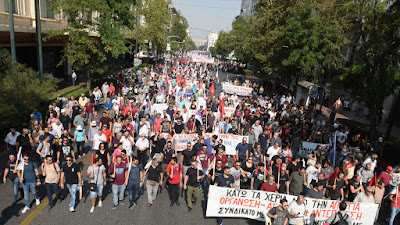 The class trade unions of Greece, thousands of workers from all sectors responded to the call of the All-Workers Militant Front (PAME) and held a new massive National General Strike on the 2nd of October against the measures of New Democracy government that attack wages, Collective Agreements, trade union rights and freedoms and the right to strike.

Since early morning, across Greece and in every sector, the trade unions and Federations fought for the success of the strike with militant picket lines outside of factories, banks and other workplaces.

Thousands of strikers in Athens, Thessaloniki and other cities across Greece rallied  to defend the right to strike, the right that workers will decide what will be the content of their struggle, what will be their demands, when and how they will fight. Dimitris Koutsoumbas, the General Secretary of the CC of the Communist Party of Greece attended the strike demonstration in Athens.

With Flags and banners they sent a message against Fascism, Xenophobia and Racism, on the occassion of the International Action Day of the World Federation of Trade Unions (WFTU).

At the same time members of PAME carried out a militant protest against the auction of a poor family’s home from the banks. Despite the Government and Bankers’ attempt to attack the workers protest with riot police and chemicals, PAME’s forces blocked the auction. 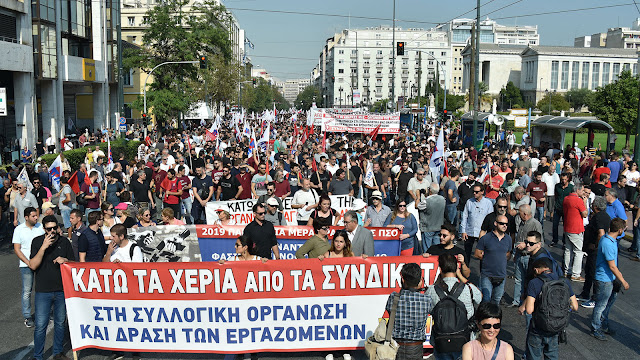 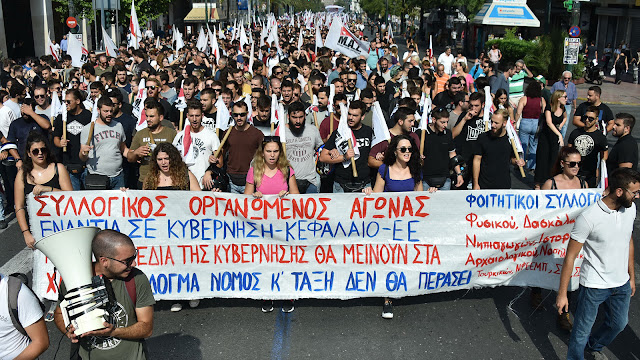 The success of the National General Strike and the mass participation of workers in the demonstrations provoked the reaction of Prime Minister Kyriakos Mitsotakis who, through Twitter, unleashed a shameful attack against the Trade Unionist movement. "Once again, a minority is striking and inconveniencing the majority" Mitsotakis wrote.

The Communist Party of Greece (KKE) responded to the Prime Minister's remarks with a short statement published on 902 portal: "It goes too far for the Prime Minister who is elected by less than 30% of the Greek citizens who are eligible to vote, to talk about minorities of strikers, just to hide the attack he is planning with the despicable omnibus bill to wages, collective contracts and trade union rights which have been achieved with struggles and blood".

The KKE also points out that the working people, despite the will of Mr Mitsotakis, is going to defend their rights along with the class-based Trade Unions.