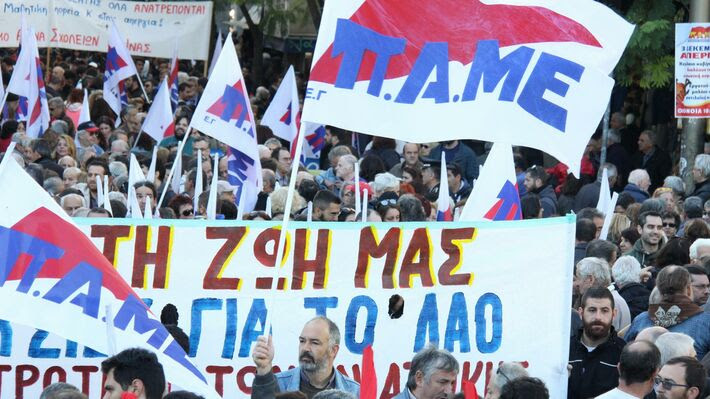 The All-Workers Militant Front (PAME) calls workers, unemployed people, self-employed workers, the youth and women to participate in the nationwide rallies on February 21st, in order to give their own answer to the antipeople policy of the SYRIZA-ANEL government.

Having as a slogan "No fear, no compliance. Struggle for labor with rights. Life with dignity", PAME calls the working people and the country's popular strata to give a powerful response to the new antipeople measures of the government and Troika and to assert the cancellation of the antiworker laws.


The rallies have been scheduled  to take place in numerous Greek cities on February 21st. In Athens, the mobilization is scheduled to take place in Omonia square at 6.30 pm, in Thessaloniki at 6.30 pm at Venizelos' statue and in Piraeus at Karaiskaki square, same time. Similar rallies will take place in other major cities including Larisa (February 22), Heraklion, Volos, Kalamata and Alexandroupolis.

Info from 902.gr.
Posted by In Defense of Communism