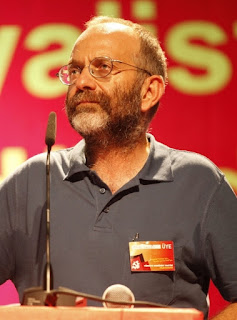 A year has passed since the July 15 coup attempt in Turkey. TKP's General Secretary Kemal Okuyan answered to soL's questions on July 15, while the July 15th debate continued uninterrupted throughout the year.

Below are Kemal Okuyan’s answers in the interview with soL news:

Do you agree with the "controlled coup" argument after a year passed from the coup attempt? In recent days, there has been a lot of supporting news and commentary took place in the world media that supported Kılıçdaroğlu's argument. Do you think the term controlled coup captures the reality well?

No. This means that Erdogan dominated all the critical points of state institutions on July 15, 2016, that he took risks by relying on his dominance and ruled the coup attempt personally after a point; the issue is not that simple.
Read more »