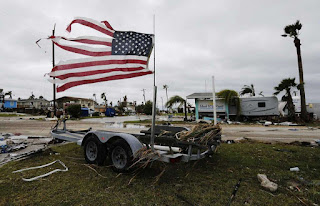 The record rainfall and floods, the “extreme natural phenomena”, cannot explain by themselves alone the scale of the destruction. The real cause behind the disaster in Texas is the policy which, in order to maximize business profits, destroys natural envirnoment, creates anarchy in construction, builds huge factories, industries, shopping centers without any fundamental security plan.
Read more »