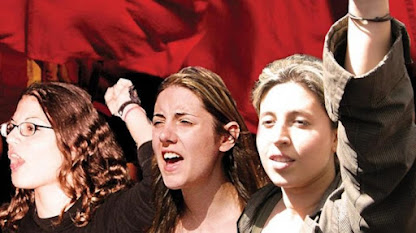 The US Supreme Court ruling on abortion shows that reaction and conservatism are the natural evolution of a system based on injustice and exploitation. A system that in its effort to preserve the profitability of the few will nurture and cultivate the most reactionary and backward forces, pulling society backwards.

For these developments enormous are the responsibilities of forces that now present themselves as defenders of women’s rights and of progress, but for years now have been caressing the ears of far-right, fascist forces, crushing the rights of women workers and paving the way for today’s developments.

The right of women to abortion was achieved as a result of great workers’ and social struggles for equality and women’s rights.

We will not go back to the Dark Ages!

We defend the self-evident rights of women!

We are intensifying the struggle to pull society forward and send them to the garbages of history!"