Extraordinary Teleconference of the IMCWP on December 10-12 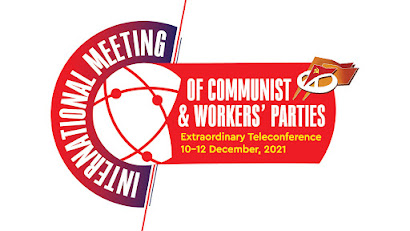 An extraordinary teleconference of the International Meeting of Communist and Workers Parties (IMCWP) will be held on 10-12 December under the subject:

"The international economic, political, and military developments. The experience from the struggle of the Communist and Workers' Parties and the peoples. Solidarity with Cuba, the Palestinian people, and all the peoples struggling against sanctions, machinations, and imperialist aggression."

Due to the pandemic this year's meeting will take place through teleconference under the joint responsibility of the Communist Parties of Greece (KKE) and Turkey (TKP) which had co-organized the 21st IMCWP in Izmir in 2019.

As "Rizospastis" reported, 70 parties from 56 countries are due to participate in the teleconference.