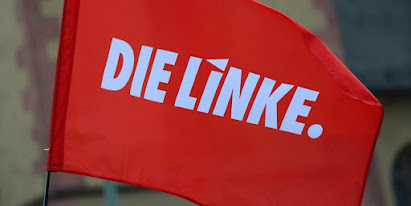 But, what is interesting in the whole story is the stance of the so-called "Left Party" (Die Linke). According to unsere-zeit.de, the decision at the Federal Election Commission was taken with only one vote against; the one of Harmut Geil from "Alliance 90/ The Greens" (Bündnis 90/Die Grünen). However, the representative of "Die Linke" in the Commission, Constanze Portner, voted in favor of the ban on DKP's political status.

Once again, Die Linke, the "brother party" of SYRIZA in Greece, proves its actual ideological and political orientation, as a party of social democracy deeply committed to serve the capitalist system. A few months ago, Die Linke had adopted a despicable resolution in favor of counterrevolutionary attemps in Cuba.

All the communists, the leftists, the progressive people in Germany must draw conclusions from the stance of Die Linke and support the struggle of the German Communist Party.