Thousands of young men and women sent a powerful message of class struggle during the 29th Anti-imperialist Camp of the Communist Youth of Greece (KKE) which was held in Stomio, Thessaly, on July 17-19th.

The 2-day camp concluded on Saturday evening with a major political event where Dimitris Koutsoumbas, the General Secretary of the CC of the Communist Party of Greece (KKE), delivered a speech.


“Our aims are truly big. They meet the dreams of the youth for a better life. They meet the struggle for a society without exploitation of man by man, for socialism! For this cause, we will give the very best of ourselves”, stressed out Dimitris Koutsoumbas during his speech.

Taking all the necessary measures of social distancing due to the pandemic, the camp of KNE in Stomio became an exemplary case of organizational success. Thousands of young people from every corner of Greece, member and friends of the Communist Youth, met in this alternative camp, participated in various events, including political, cultural and sports activities. 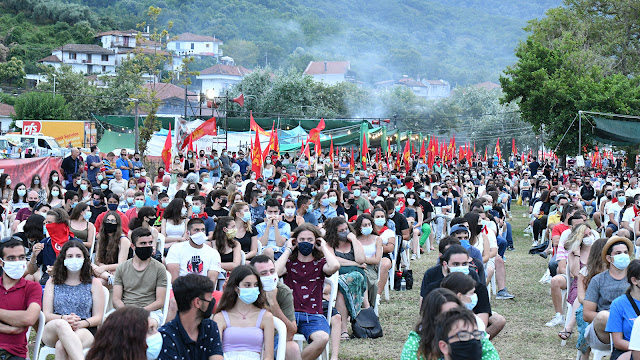 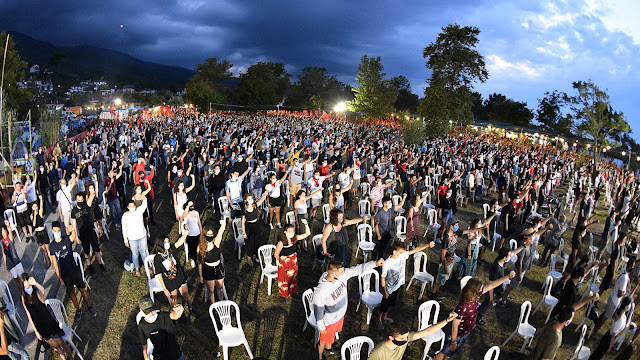 On Saturday morning, members of KNE who participated in the Anti-imperialist camp protested at the 110 Combat Wing of the Hellenic Air Force in Larisa; a military unit which has become a basis for U.S. and NATO forces.

The demonstrators shouted slogans such as “Neither soil nor water to the murderers of the people – NATO and the bases out!” and wrote anti-NATO slogans.

The next mass event of KNE is scheduled to take place on September with the annual KNE-Odigitis Festival, the largest youth festival in Greece with a tradition of 45 years.