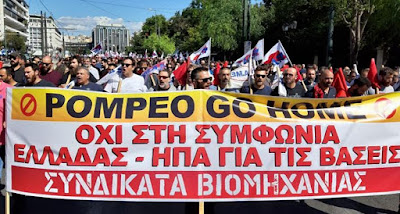 “The signing of the new agreement between Greece and the US, and in particular the maintenance and expansion of the US military bases in Greece, will only lead to even greater insecurity for the Greek people, it will further destabilize the region, to an even greater involvement in interventions, on missions overseas and in imperialist wars.That is why we have a stentorian “no” to all of them today. We continue the struggle, we continue the resistance".

Speeches against the Greece-USA military agreement on bases were delivered by Nikos Papageorgiou, member of the All-Workers Militant Front (PAME) and Stavros Tassos, former KKE MP and President of the Greek Committee for International Detente and Peace (EEDYE). 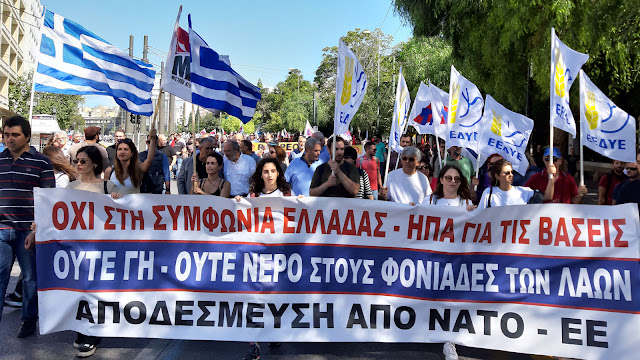 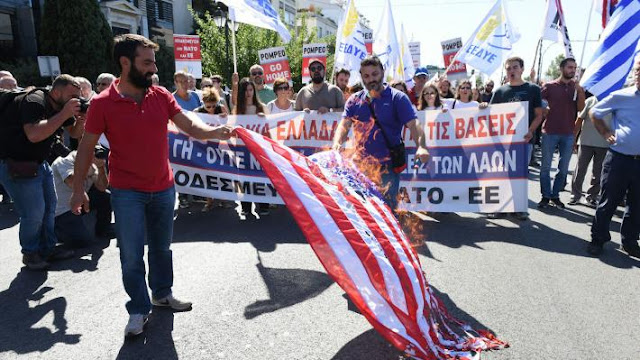 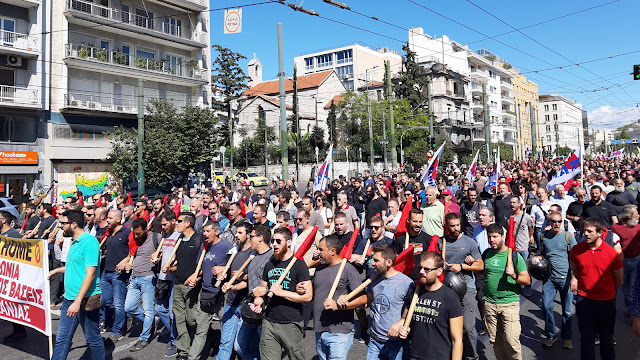 Similar protests, against the Greece-USA military agreement on bases and the visit of Mike Pompeo, have been scheduled to take place in other cities as well, including Katerini, Patras and Chios.