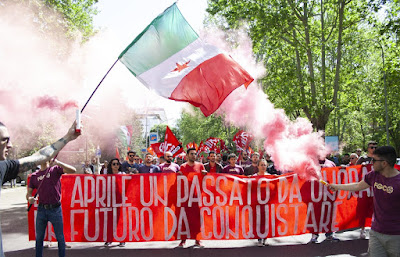 The Communist Party points out that it "will defend this memory against any revisionist attack by the right", adding that "historical revisionism is a powerful tool in the hands of nationalism which aims to erase the historical responsibilities of fascist Italy and to spread a false historical awareness that is useful to the interests of the big capitalist groups".

"Faithful to our history, until victory" is the message of Italian communists who remember and honor the memory of those who fought for liberation, promising to continue the struggle "until the definite liberation of workers and the people from capitalist oppression in all its forms". 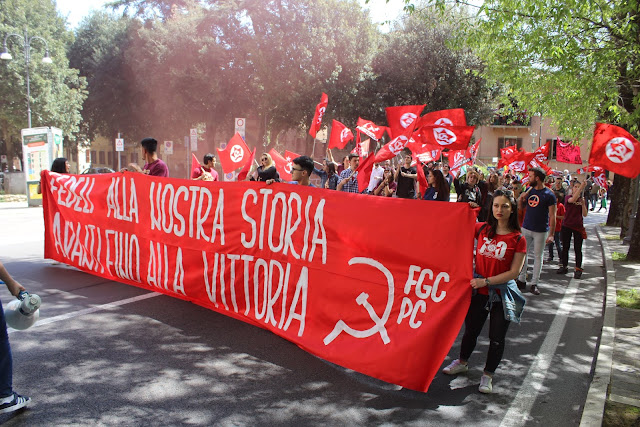 From its side, the youth wing of the Communist Party - the Front of the Communist Youth (FGC) - wrote posted on Twitter: "The best youth of Italy defeated fascism. The Resistance has been betrayed, its ideas are trampled by an Italy that condemns us to a future of exploitation. Today the youth raises the flag of the partisans and the struggle. Long live the 25th of April".