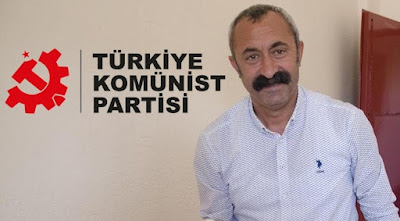 Maçoğlu was previously the mayor of Ovacık, Dersim. During his term of office, he was already known as the ‘communist mayor’.

Dersim will be the first city to be governed by communists in the history of Turkey.

According to the Turkey Statistical Institution (TUIK), Dersim is ranked the top city in the quality of life index in 2016. According to TUIK, Dersim is among the top-ranking cities with the most educated/literate population. In 2017, Dersim is also ranked the fifth most book reader city.

Fatih Mehmet Maçoğlu spoke to soL after the election victory.

Adding that they would be convening a public meeting in order to find the best way to collectively administer the province, Maçoğlu said: "We will expand the production and administration system we started in Ovacık".  Thanking all his supporters who believed in socialism and supported the campaign in solidarity, Maçoğlu concluded: