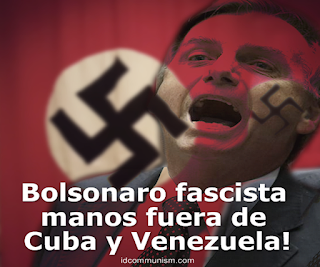 Not surprisingly, John Bolton has been accused by Venezuela's president Nicolas Maduro as the mastermind behind a plot to assassinate him and overthrow his government.

The people of Brazil, alongside the people and the working class of the other Latin American countries, must oppose and resist Bolsonaro's effort to intimidate Cuba and Venezuela. The heinous plans of the U.S. imperialists and their new puppet in Brasilia must be blocked by the mass resistance of the people's movement throughout America.