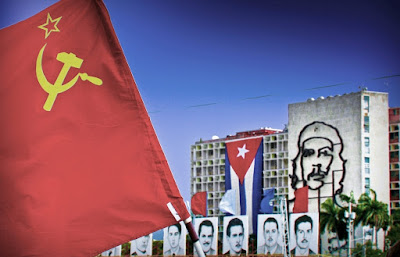 The goal of “advancing toward a communist society” has been reinserted into the draft of Cuba's new constitution after its removal from the first version, state-run television said last Thursday.

From August 13 to November 15, Cuba hosted a consultation on the initial version of the document, a process in which more than 133,000 meetings were attended by almost nine million citizens, who issued 783,000 proposals.The opinions expressed in neighborhoods and centers of work and study, as well as by Cubans living abroad, became, after processing, around 9,600 sample proposals, half of them incorporated in one form or another into the project.
If the new Constitution is approved in the second ordinary term, which will also meet on the weekend, a popular referendum will be called, in which Cubans will decide by direct and secret vote whether or not to put into effect a text that represents a total reform of the Constitution in force since 1976.The document resulting from the consultation has 229 articles (five more than the previous one), distributed in 11 titles, an initiative that suffered 760 changes with respect to the one approved by the National Assembly last July.

Its preface grants recognition to Cubans who for centuries have fought for 'a free, independent, sovereign, democratic, just and humane Motherland.' To enter into force and replace the one in force since 1976, it must now be approved by Parliament and in a national referendum most probably in February next year.Regarding the Fundamental Principles of the Nation, it reflects in Article 9 that 'Strictly complying with socialist legality is an obligation of all,' while Article 11 outlines how the State exercises its sovereignty and jurisdiction, the continental shelf and the adjoining zone.The proposed Constitution ratifies Cuba's socialist character and the leading role of the Communist Party in its society, includes modifications in the structure of the State, broadens individual rights and recognizes various forms of ownership, including the socialist of all the people, the cooperative, the mixed and the private.

The National Assembly of Peoples Power approved the Constitution that will be submitted to a National Referendum for ratification of the  Cuban people.

The text, submitted to popular consultation in neighborhoods, study and work centers, underwent changes in 60% of its content, approved by the lawmakers.

The Parliament´s Secretary, Miriam Brito Sarroca made the roll call for a nominal vote of each of the deputies. Of the 605 seats of parliament, three are vacant, and 19 deputies were absent. All 583 lawmakers present approved the text.

After the Parliament’s approval , the next stage for the Constitutional Reform is the referendum which will be held on February 24th, 2019, a decision made by the Parliament this Saturday.

“Do you ratify the new Constitution of the Republic?  is the question that Cubans will be asked to answer during the poll.