Communist Party of Turkey (TKP): Tayyip Erdogan and his government must resign immediately! 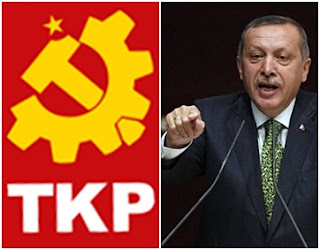 The Communist Party of Turkey (TKP) has released a statement calling on Turkey’s President Recep Erdogan to resign immediately following the reports showing the engagement of family members of Erdogan in the transaction of millions of dollars to a foreign company via offshore bank accounts in the Isle of Man, soL international reports.

The statement came on late November 28 just after Turkey's main opposition Republican People’s Party (CHP) chair Kemal Kılıçdaroğlu showed some documents during a parliamentary speech, accusing Erdogan’s family of getting involved in the transaction of millions of dollars to a foreign company via offshore bank accounts in the tax haven Isle of Man.

"We know for years what Erdoğan and his family have done within the triangle of religion-money-politics. Not only Erdogan and his family, but also almost all the leading cadres of the Justice and Development Party (AKP) have become skilled in converting politics and religion to money," the TKP statement reads.

As the TKP statement goes on, Erdogan's palace, government and media argue that they are facing an international operation, thus calling on everyone to defend Erdoğan against this "anti-Turkey plot".

"It is true that Erdogan has been the target of an international operation for some time. That is why secret tape recordings, documents are revealed. That is why a coup was attempted on July 15. Among the imperialists, some either attempt to control Erdoğan and his team, whom they supported and used for many years, more tightly or to throw them away," the TKP statement puts forth. 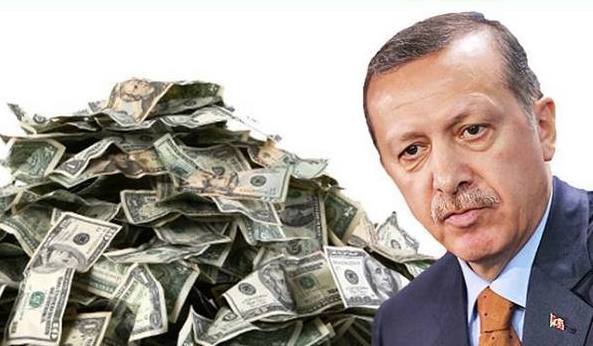 'ERDOĞAN MUST PAY THE PRICE OF HIS CRIMES'

The statement underlines that Erdogan must pay the price of his crimes himself since he attacked the people with Islamism, privatizations and the plunder of national resources with the support of local and foreign monopolies, the European Union and the U.S.

The TKP says that the imperialist operation does not absolve Erdogan's AKP government, but shows that the people must get rid of the AKP party as immediate as possible. "Turkey under the rule of Erdoğan and the AKP is open to all kinds of operation, blackmailing, traps. Because there are many crimes, all of which have been documented," the statement underlines.

Calling on the people to stand against Erdogan, his local and foreign capitalist accomplices and the imperialist countries at the same time, the TKP statement concludes:

"Erdoğan and the government, resign!
Down with imperialism!
No to NATO and the European Union!"